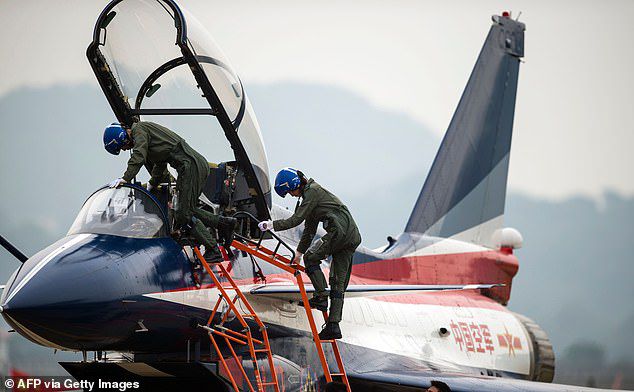 The British government is considering making it illegal for retired RAF pilots to train the pilots of military adversaries after the RAF discovered as many as 30 ex-pilots had signed lucrative contracts to train Chinese pilots. The Times reported a South African intermediary had offered the retired pilots as much as $270,000 to teach People’s Liberation Army pilots how best to fly against the U.K.’s finest.

The Ministry of Defence has already begun contacting the ex-pat pilots to give them some career planning advice. “We have approached the people that are involved and been clear with them that it’s our expectation they would not continue to be part of that organization, and we are going to put into law, that once people have been given that warning, it will become an offense to then go forward and continue with that training,” Armed Forces Minister James Heappey said.

The government is also going after “Chinese recruitment schemes attempting to headhunt serving and former UK Armed Forces pilots to train People’s Liberation Army personnel.” Heappey also reminded anyone who’s taken the bait or is thinking about it that they are still bound by the Official Secrets Act.