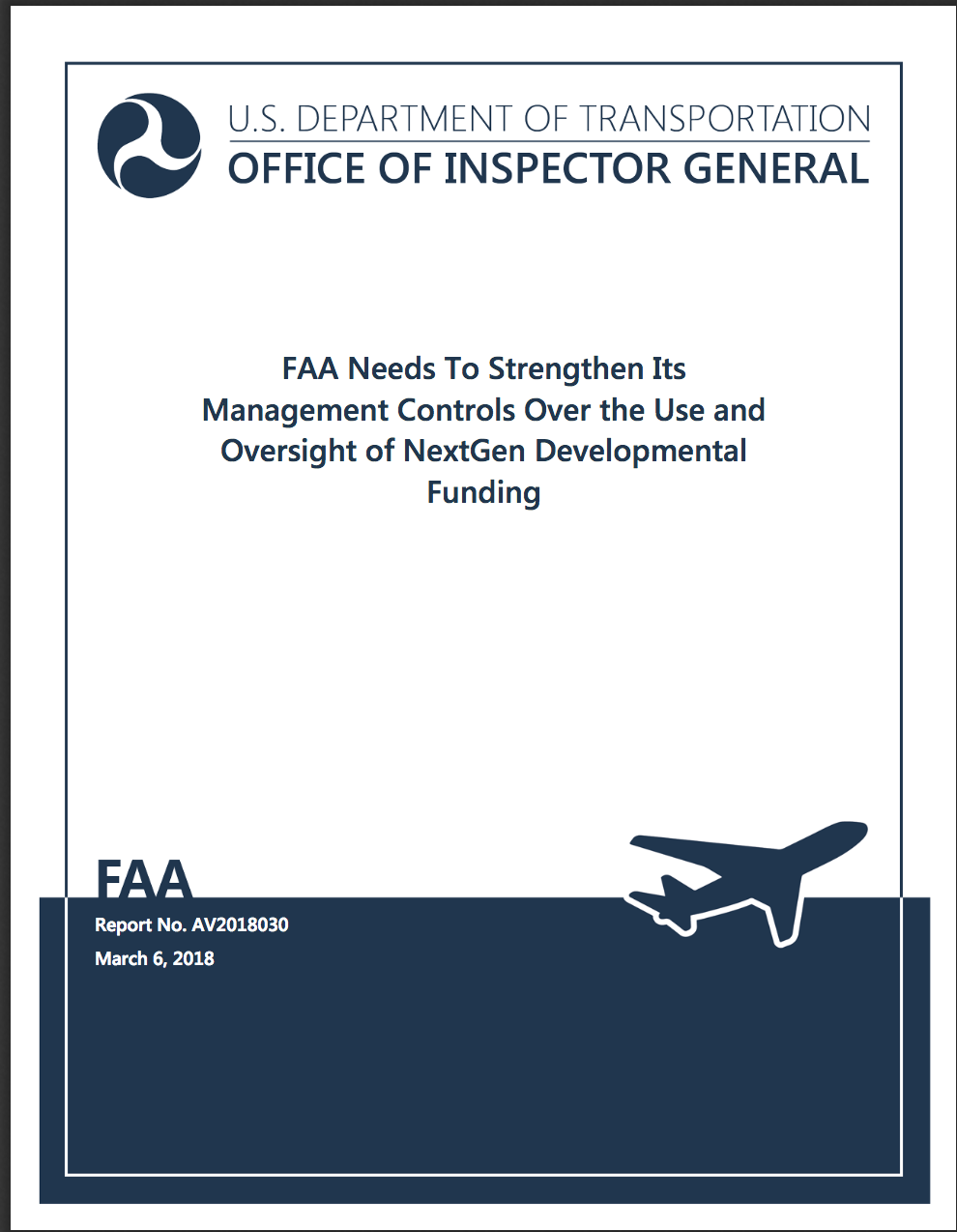 A new report this month from the Office of the Inspector General (OIG) says the Federal Aviation Administration lacked effective management controls over the “project level agreements (PLAs)—an internal control mechanism for documenting the agreed-upon work and managing project execution” for the Next Generation Air Transportation System (NextGen). This program was implemented to meet the FAA’s goals of modernizing the National Airspace System.

The report looks at how the agency managed the more than $7 billion per year that has been appropriated since 2008 for that purpose. The House Committee on Appropriations directed the OIG “to examine how those investments were managed and what outcomes have been achieved to improve the Nation’s air transportation system.”

The OIG says the audit objectives were to assess the FAA’s procedures for selecting and justifying projects that received funding and overseeing the projects. Their findings were that the agency has lacked effective management controls in its PLA process. Some of their findings include:

The FAA had not defined which types of projects are eligible for developmental work and lacked standard operating procedures for PLAs until 2016, eight years after beginning to use PLAs.

The FAA’s Office of NextGen also had not effectively executed and measured the outcomes of NextGen developmental projects, including tracking expenditures by PLA and obtaining deliverables for PLA projects.

Finally, the FAA has lacked a clearly established framework for managing the overall oversight of developmental projects and addressing persistent problems.

The report offered six recommendations and the FAA has responded. Part of the issue stems from lack of leadership at the top of the FAA. “There have been 13 confirmed or acting heads of the FAA since the precursor of NextGen was proposed as the Advanced Automation System in 1983,” The Washington Post reported last week, and the agency has been without its top leader since Administrator Michael P. Huerta stepped down in January.