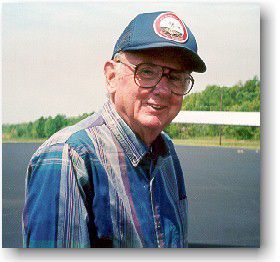 William Kershner soloed at age 16, in 1945, flying an Aeronca Defender from a grass strip in Clarksville, Tenn. He wrote his first flight manual in 1959, and his last book, Logging Flight Time, in 2002. The memoir chronicles his 60-plus years of flying both civilian and military airplanes. AVweb Editor In Chief Chad Trauvetter remembers him as a gifted instructor. “I was in a CFI refresher class at Embry-Riddle where Kershner taught the session on spins,” he says. “He was not only a great teacher, but he did it in a way that made you bust out laughing. Before showing a self-produced video showing him doing a spin with 13 turns in a Cessna 152, Kershner said he told the cameraman on the ground to ‘keep filming no matter how big the airplane gets in the viewfinder.’ The entire class erupted in laughter.” Kershner worked as a corporate pilot, flight-test pilot and special assistant to William T. Piper Sr., then president of Piper Aircraft.