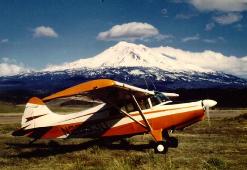 Alphabet groups? Washington lobbyists? They’re lightweights.To get things done with the FAA at lightning speed we’ll take a gang of Alaskabush pilots any day. A loose coalition of 49th-state airlines, chartercompanies and maintenance firms has gained a temporary exemption from anational policy on aftermarket aircraft modifications. Of the FAA’s new policyon the field approval of major repairs and non-STC modifications to aircraft(announced Sept. 13), Dan Bardwell, owner of Bedrock Aviation in Anchorage,said, "The FAA is manufacturing a safety problem where none existedbefore." Bardwell’s comments were among those from various Alaskacompanies posted on Internet aviation forums earlier this week. Previously,field inspectors had wide latitude in making those approvals, but to enforceuniform standards for that type of work, the new policy requires all but thesimplest modifications to be reviewed by committees of FAA officials. The newrule also banned all field approvals on Part 121 (scheduled service) aircraft."This new set of regulations blows Era Aviation and Pen Air (two majorregional carriers) out of the water," Bardwell said on the online forum.It also moves away from the opportunity to learn from the practical innovationsthese carriers implement to combat extreme conditions in their normal workingenvironment … of course, learning was never the intent.

Earlier this month, as FAA officials began enforcing therule (reluctantly, according to some sources), the Alaskans got organized. ToddBureau, a tour company operator out of Hope, Alaska, said they bombarded theircongressmen and pressured the regional FAA brass until on Thursday the orderwas lifted in Alaska. FAA officials agree the "information" theyreceived from Alaskan aviators prompted the action. "I think it’s a goodthing for us to respond quickly when there might be an impact on ourcustomers," said Joette Storm, the FAA’s community relations manager forAlaska. Yes, she did say that and yes, she works for the FAA. She quicklyrecovered, however, and stressed that the exemption for Alaska is temporary(how temporary, she couldn’t say) and that the move to a national standard forsuch things is in everyone’s interest. She said the policy has been indevelopment for years and is aimed at avoiding the patchwork of standards thatcan result from too much local discretion. "We’re looking forconsistency," she said.

Bureau said the only thing consistent about Alaskanoperating conditions is their lack of consistency. Necessity has led toinnovation and inventions that keep the planes flying in amazing circumstances.The FAA staff in the north became equally adaptive and field approvals became amatter of course. There were 2,300 last year, according to Storm. "Thishas been the FAA’s way of dealing with these things for 30 or 40 years,"said Bureau. "Alaska has always been more liberal on fieldapprovals." Bureau doesn’t use his Piper PA20 commercially but becameinvolved in the issue as he worked through the approval process for amodification that will help his 20-minute air-commute (versus two-hour drive)to Anchorage in the winter months — he put studded tires on the plane."It should help with the directional stability on the ground." … Notto mention the spark show on clean hard-surface landings.