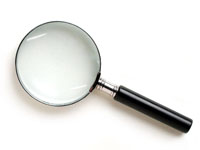 As aviation’s leading member organization, the Aircraft Owners and Pilots Association has become the unchallenged defender and guardian of everything to do with general aviation. But it’s also a multi-faceted $60 million business run, in part, as a non-profit organization owned by its members. Thus its tax filings are in the public record. This allows members to access at least some financial data to try to answer this question: Do we get our money’s worth? Does the association spend the money wisely? And has it trimmed its balance sheet and expenses to reflect the severe contraction in the industry it advocates? To illuminate this, AVweb obtained and analyzed the association’s public IRS tax filings and compared its salary expenditures to the association universe in general. We also posed a series of detailed questions to AOPA senior management, which association president Craig Fuller answered for us in writing and in an extensive interview. He also reacted with sharp postings on his own blog criticizing AVweb‘s original story on executive salaries, which appeared in early November.

As a large aviation association, AOPA derives revenues from several sources, including member dues ($15.539 million) and its publication division ($11.136 million). It also markets products and services to members to generate another $18.137 million and its in-house insurance business pulls in $7.242 million in revenue, according to AOPA internal documents.

Like most businesses during 2008 and 2009, AOPA experienced a decline in revenue, mostly due to aviation businesses cutting back on advertising. According to its IRS filings and confirmed by its CFO Roger Myers, its expenditures exceeded its revenues by about $5.152 million in 2009. We wondered how AOPA responded to this and asked whether it adjusted top management salaries, reduced staff or cut expenses, as many businesses have done. AOPA told us that it made some changes in total employment for the association and its affiliates: 216 employees in 2008; 214 in 2009 and 210 in 2010 at the time of our reporting. AOPA President Craig Fuller said the association also reorganized its senior staff, consolidating six vice president positions into three, and making changes in its legislative affairs division.

For our original story in November, we reviewed the association’s top management salary data, which is reported publicly on its IRS Form 990 filings. This data

Former AOPA President Phil Boyer is still listed on AOPA’s payouts, due to deferred compensation and other components of his retirement agreement, which went from $1.54 million in 2008 to $1.89 million in 2009. However, AOPA management stated that the raises weren’t that large, and that we misinterpreted the bottom line totals. In fact, 2009 includes salaries that were not included in 2008 because of changes in IRS reporting rules, which accounts for the apparent increase.

Back in November, AOPA’s Fuller challenged our findings, claiming that our initial report was “flat out wrong” because the Form 990 we accessed doesn’t give an accurate picture of any association’s finances.”In 30 years, I’ve never heard anyone analyze the effectiveness of an organization by examining Form 990s,” Fuller told us in an interview last week. “The association community as a whole has been given fits over this. It’s hard, in fact, it’s impossible, to decipher,” Fuller added. (In a related story, Fuller announced over the weekend that the association would improve its governance to make financial data more transparent.

However, associations and media organizations do use Form 990s for a basic glimpse into association finances, supplemented by questions to the organizations. We did the same prior to our first story, but AOPA responded only to a portion of our questions and did not follow through with our request for an interview with Fuller. Fuller later conceded he didn’t give our request enough attention. “I get a lot of requests for Form 990s,” he said.

To clarify salaries for top management at AOPA, the organization provided this chart

, which lists base salaries. When we noted that these figures don’t agree with what AOPA reported to the IRS, Fuller and CFO Roger Myers explained that base salaries don’t include benefits, deferred compensation and other items. Fuller’s base salary, for example, is $500,000, but the schedule J IRS data

Myers stressed that the total 2009 salary expenditures showing an apparent increase were distorted because of IRS reporting rule changes that added salaries that didn’t appear the year previously. These, he said, were not additions to the staff, nor did they represent raises. Total salary expenditures, he said, were actually nearly flat or in the one- to three-percent range. Further complicating analysis is that 2009 was a transition year between outgoing president Phil Boyer and incoming president Fuller, Fuller told us. This involved deferred compensation that precluded an apples to apples comparison. Speaking of deferred compensation, the IRS data showed that Phil Boyer received $1.77 million in 2009, up from $1.35 million in 2008. Although it’s listed as a salary expenditure, it’s actually deferred compensation as part of his retirement package, we were told. When we asked if Boyer is due additional sums for 2010, Fuller declined to provide details, saying they were considered confidential. These details await AOPA’s 2010 IRS filings, likely due in October of 2011. Exact salaries aside, the larger question is how AOPA’s expenses compare to other associations.

Fuller acknowledged that AOPA’s top management salaries are, by any measure, substantial. But he explains that they’re consistent with other member organizations and that it’s not reasonable to compare them to salaries in other industries, including aviation, where salaries are flat or in decline.

Fuller, who was previously CEO of the National Association of Chain Drugstores, says that boards frequently look askance at the high salaries association CEOs command-salaries that are often higher than the boards the CEOs answer to. “And it strikes people as odd that this would be the case. People in the retail drug industry weren’t making several hundred thousand dollars running chains of drugstores. It’s true across the board [for associations]” Fuller said. “The pool of talent is unique, in some ways, it comes with a set of skills where they know how to work with government or they know how to communicate or they know how to run magazines. We are setting our compensation levels in a range where we can really retain the people we need to work on behalf of our members,” Fuller said. Moreover, he says AOPA competes against larger and more moneyed associations for the same skilled people. “Think of it as more like you’re investing in a big-league baseball team. Your ticket price is $45 and you get to come to all the games, but you sure don’t want to put on the field a mediocre team. Our 400,000 members don’t want a mediocre team.”

We reviewed data from both the National Journal and American Society of Association Executives, both of which maintain association salary data. Association pay varies widely by type of association-trades tend to pay more-and by size and industry. National Journal reports that average pay for CEOs in associations greater than $10 million is $501,000, with those in the $100 million range averaging $796,550. (At $60 million, AOPA splits the difference.) The American Society of Association Executives shows similar salary data. Geography has some impact on this, with Washington-based CEOs getting the highest salaries and those in other parts of the country the lowest. ASAE also says that total revenues are a strong driver of salaries. Its study ranks any association greater than $25 million into a single category so it’s not possible to determine where the upper salary tier ends.

Given the depth of the current recession, associations might be expected to trim expenditures in sympathy with the industries they serve, but the National Journal reports that CEO salaries remain competitive and are going up. ASAE says raises have been curtailed in some associations, as has been hiring, but in general, associations march to the tune of a different economic drummer. Fuller confirmed this. “I’ve been in Washington for 30 years, other than the eight I spent in government…associations operate on a different cycle than other businesses. We can’t say when an administration comes along with a $9.8 billion user fee proposal, gee, wouldn’t it be nice to cut back,” Fuller said. “We can’t say when we see a decline in the number of new pilot starts, gosh, let’s just keep spending on ‘Let’s Go Flying’ and drive more people to FBOs, so we cut back there. Be we can’t walk away from the fact that the pilot population is declining…and so we spend money in these areas whether we’re in a positive economic cycle or a negative economic cycle.

“Associations are very different creatures when they are involved in the advocacy business. We’re not existing to produce widgets for people. We’re existing to make sure we protect people’s freedom to fly. We’re here to resist fees and regulations and other kinds of policies that would impinge on that freedom to fly,” he added.Still, salaries and expenditures aside, Fuller told us the association has realized some economies by reorganizing and cutting back in some areas. “We’re projecting that we will spend less money in the AOPA consolidated budget in 2010 than we did in 2009 and less money than we spent in 2008,” he said.

AOPA spends between $6 and $7 million a year on lobbying, but CFO Roger Myers said it could actually be more. Under a reporting category called “other” we asked for details on a $7.8 million expenditure, but Fuller declined to provide these, saying this category was for outside consultants and other professional services. He said the association wouldn’t break out information it’s not required to report to the IRS.

According to its tax filing, AOPA has large cash reserves

, totaling $79.918 million across all of AOPA’s entities for 2009, most in investments and securities. How is AOPA using that large stash of cash and is it really necessary? The association took a major hit on its investments in 2008, dropping from $83.88 million in 2007 to $64 million in 2008. (These figures apply to AOPA, the AOPA Safety Foundation and the AOPA Foundation.) Again, the answer lies in how associations do business. Fuller told us its “customary and normal” for an association to have between 1 and 1.5 times its revenues in cash reserves. Although this strikes us as high compared to other businesses, especially the small ones in aviation, Fuller says it’s necessary.

“I believe it’s a very sound policy. It has been in place for some period of time. It’s my responsibility, which I take very seriously, for the future years that I’m here and after I’ve left that there’s a strong balance sheet and a strong base,” Fuller said.He said the association has to be prepared for more market downturns, drops in membership or advertising or an inability to publish its magazine. The fund is managed by a professional manager (Deutsche Bank) overseen by an AOPA board. The types of instruments the fund is invested in aren’t visible to members, although Fuller says it’s provided when members ask at meetings. He declined to provide this data to us, but notes that overall investment performance data is provided in AOPA’s annual report. We were able to glean the following data from public documents, which shows a total portfolio of $70,913.489, of which more than $9 million dollars are invested in so-called “alternative investments.”

For more information regarding AVweb‘s look at AOPA finances, visit our blog post – and be sure to leave a comment.