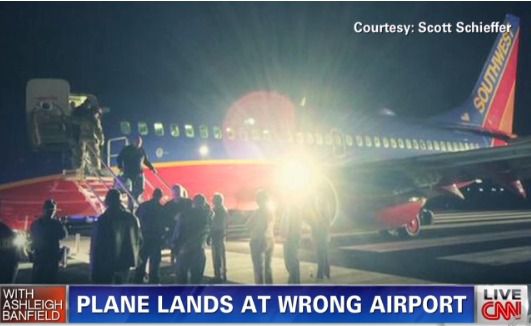 Landing at the wrong airport, or starting an approach to the wrong airport, is not that unusual for commercial passenger and cargo aircraft, according to an analysis by The Associated Press this week. In an review of NASA safety reports, news accounts and other sources, the AP found 35 wrong-airport landings over the last 20 years and 115 wrong-airport approaches that broke off before touchdown. Not surprisingly, the mistakes are most likely to occur when two airports are located close together with runways at similar angles, the AP found, and often occur at night. The inquiry was inspired by two recent wrong-airport landings — a 747 freighter in Kansas and a Southwest 737, with passengers on board, in Missouri.

FAA officials told the AP there are nearly 29,000 commercial aircraft flights daily in the U.S., but in the last 10 years, there have been only eight wrong-airport landings, and none caused death or injury. “The FAA reviews reported wrong-airport incidents to determine whether steps such as airfield lighting adjustments may reduce pilot confusion,” the FAA said. The AP noted that a “particular trouble spot” is the Silicon Valley, south of San Francisco. Six pilots have reported that they intended to fly to Mineta San Jose International Airport, but instead lined up to land at Moffett Field, about 10 miles to the northwest. All of the crews either realized their mistake or were warned off by ATC.