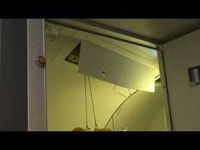 The FAA says it will take comments until April 22 on an airworthiness directive (PDF) that was issued in secret on Feb. 10 to all U.S. airlines with airplanes that have bathrooms. The existence of the AD, which required the airlines to disable the chemical oxygen generators that create oxygen for decompression masks in the lavs, was made public last week after all those who got the February notice had confirmed their compliance with it. About 6,000 aircraft were affected. The agency said in the AD that the systems could “jeopardize flight safety” and that it was in the public interest to have the work done quietly. The FAA didn’t say specifically what the hazard is but there are various reports that suggest the action was taken to prevent would-be terrorists from going behind closed doors to turn the bathroom oxygen generators, which are identical to those in the main cabin, into something capable of bringing the aircraft down.

While the cockpit crew has bottled oxygen to breathe in an emergency, according to Wikipedia, the drop-down masks in back get their oxygen from the chemical reaction between sodium chlorate, barium peroxide and potassium perchlorate. When passengers pull on the tube, it triggers a small detonator that starts an “exothermic” reaction (which sounds like burning to us) that produces oxygen for about 20 minutes. The reaction creates a lot of heat and the typical eight-inch canister’s metal exterior can reach 500 degrees. The FAA went public with the AD to pick up any aircraft that might have been missed by the secret AD. The canisters have to be disabled by March 14 and the easiest way to do that is to activate them and let them work.