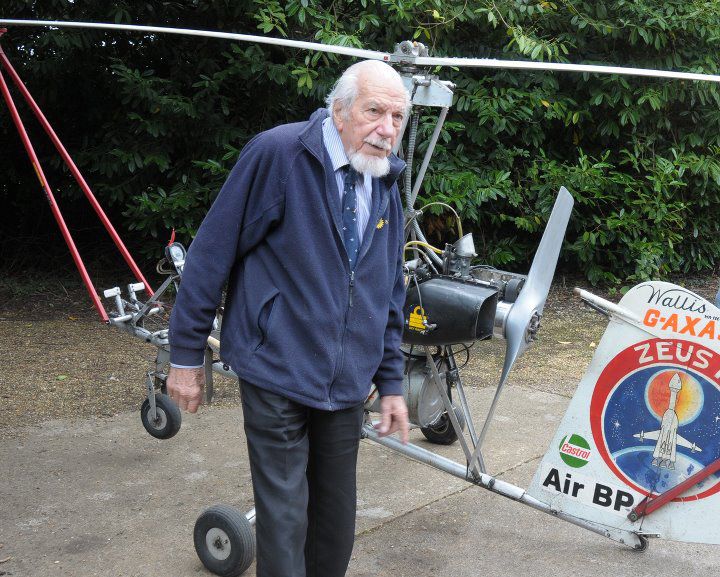 British pilot Ken Wallis took his first solo flight in 1937, flew as a stunt pilot and doubled for Sean Connery in 1967, and passed away Sunday at the age of 97, after “a long and successful life doing what he wanted,” his daughter told BBC.co.uk. Wallis flew Wellington bombers for his country in World War II, surviving a bomb bay explosion and a midair with a barrage balloon, once returning with 115 holes in his aircraft. He spent 20 years in weapons research for the RAF and later applied his skills for the movie industry. Wallis flew roughly 44 hours and 75 flights to capture the seven-and-one-half minute gyrocopter sequence shown in the James Bond movie You Only Live Twice. At the age of 96, he was recognized for his lifetime contribution to aerospace by the Guild of Air Pilots and Air Navigators. At the time, he was quoted saying, “This award is a great honor, but at only 96 I’m just a beginner.”

Wallis set 17 world records in autogyros in two categories (34 total) from 1968 to 2002 and called flying “a family vice.”Wallis built his own autogyros, and kept as many as 18. It was one of those chosen for use in the Bond film. In 2010, at the age of 94, Wallis had plans to fly an autogyro to a world record speed of more than 140 mph. He told the DailyMail.co.uk that he’d flown to 136 mph in one of his aircraft but officially held a record set in 2002 at 129.1 mph. As for his age, Wallis said, “I try not to take any notice. So long as I’m busy and able, and can still turn the propeller to start the engine, why should I think about numbers.”