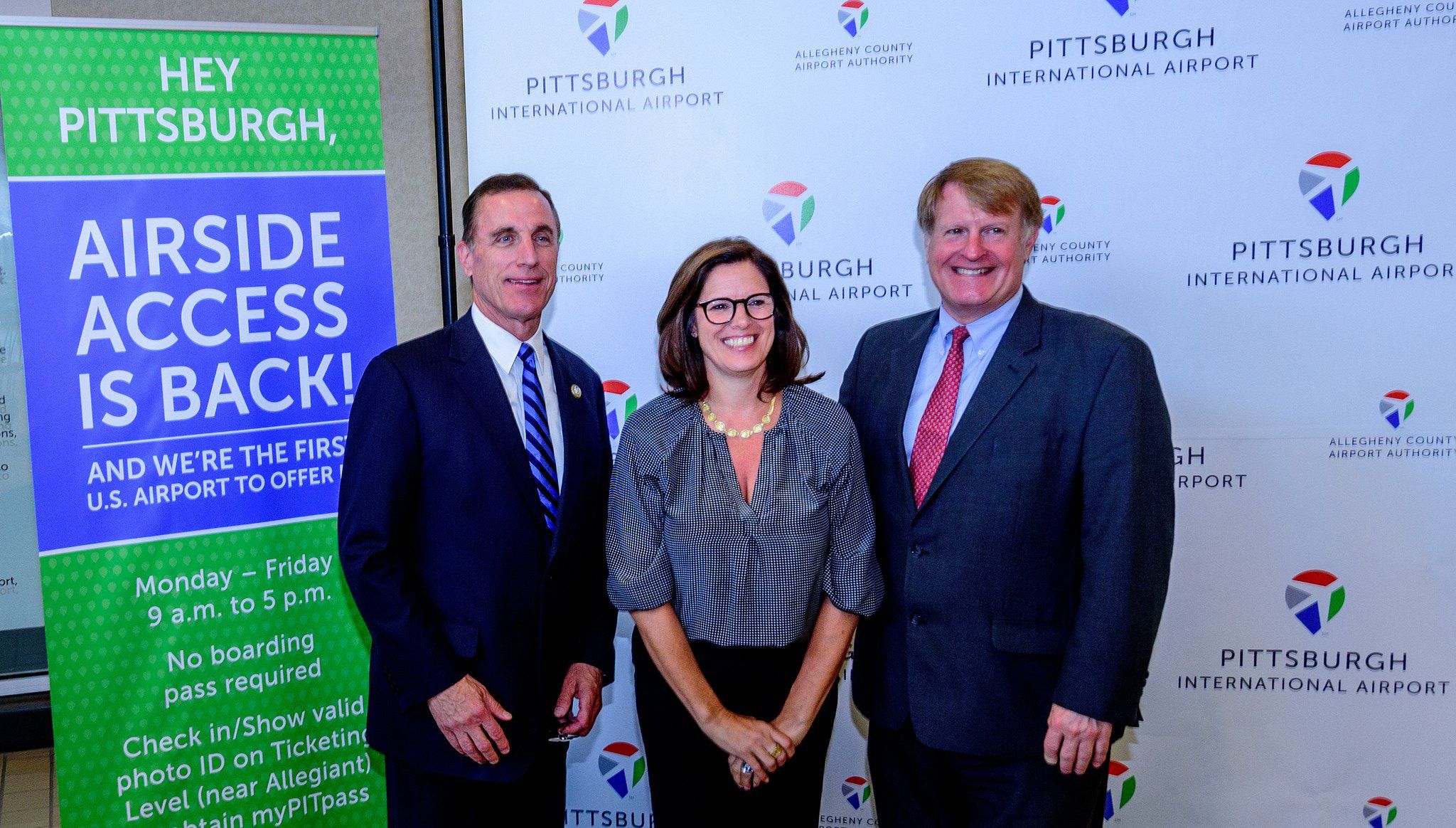 For the first time since Sept. 11, 2001, a major international airport is opening its terminals to non-passengers without special permission. Starting Sept. 5, visitors to Pittsburgh International will be able to access the secure side of the airport by obtaining a “myPITpass” from an airport kiosk, which will require scanning a photo ID to run the visitor’s name against a TSA no-fly list. Visitors will then pass through the same security screening as passengers, including restrictions on weapons and fluids. “Since I started here, people have been asking about being able to escort loved ones to the gate or being able to shop and dine at the airport,” said Allegheny County Airport Authority CEO Christina Cassotis. After several years of negotiation between local, airport and federal officials, the time has come.

Pittsburgh International has run a program for the last three years, with TSA approval, to allow holiday shoppers to obtain one-day passes during the Christmas season to access airport shops, which proved to be popular with both shops and shoppers. Pittsburgh Airmall CEO Ben Zandi says holiday access for non-flyers increased sales by 100%. For now, the program is limited to people arriving at the airport between 9 a.m. and 5 p.m., Monday through Friday, but Cassotis said the program will be expanded to the weekends if successful.