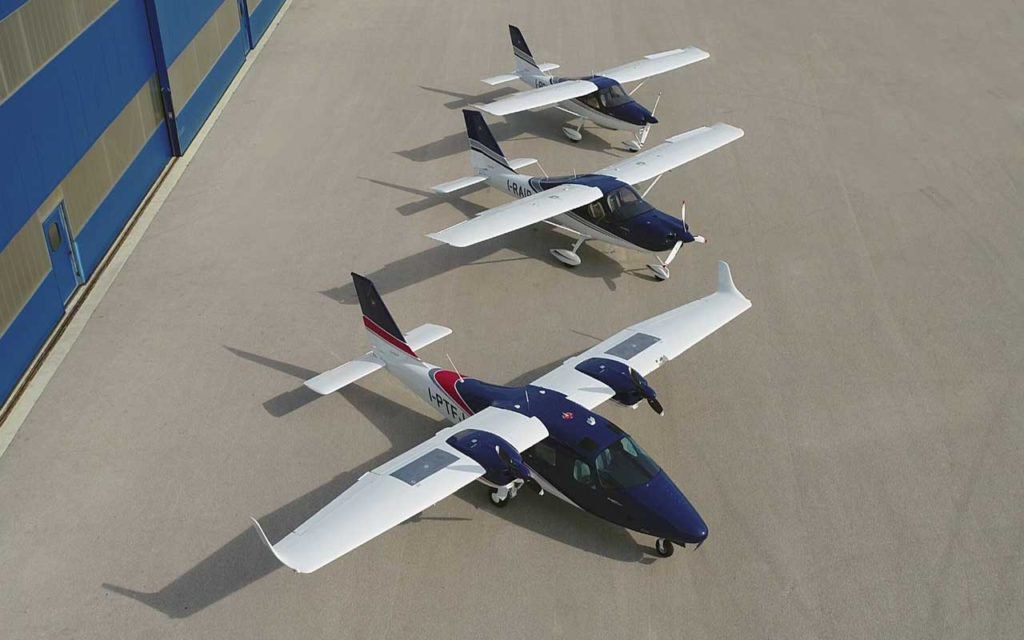 Universal Helicopters (UHI) announced a purchase agreement with Tecnam for ten new aircraft on Monday. The order includes four P2008 LSAs, four P2010s and two P2006T twins. The aircraft will be headed to two fixed-wing training locations operated by UHI sister company Universal Fixed-Wing (UFW). According to the company, the P2008 LSAs will be used for initial training and IFR introduction. UFW students will then move to the G1000 Nxi-equipped P2010 to complete their IFR, commercial and CFI certificates. The P2006Ts will be used for multi-commercial and multi-instructor training.

“The Tecnam line of aircraft … offered the perfect progression of high wing ab-initio trainers (P2008 & P2010), culminating with their light multi-engine P2006 model,” said UHI CEO Gordon Jiroux. “We know from our extensive helicopters training experience that the uniformity and consistency that will exist by operating one brand of state-of-the-art airplanes that Tecnam offers will help us deliver quality training with that extra element of safety we are always looking for.”

UHI is part of Universal Flight Concepts, a group of flight training companies that also includes Universal Fixed-Wing and Night Flight Concepts. The group operates out of six locations with a seventh due to open in August 2019.