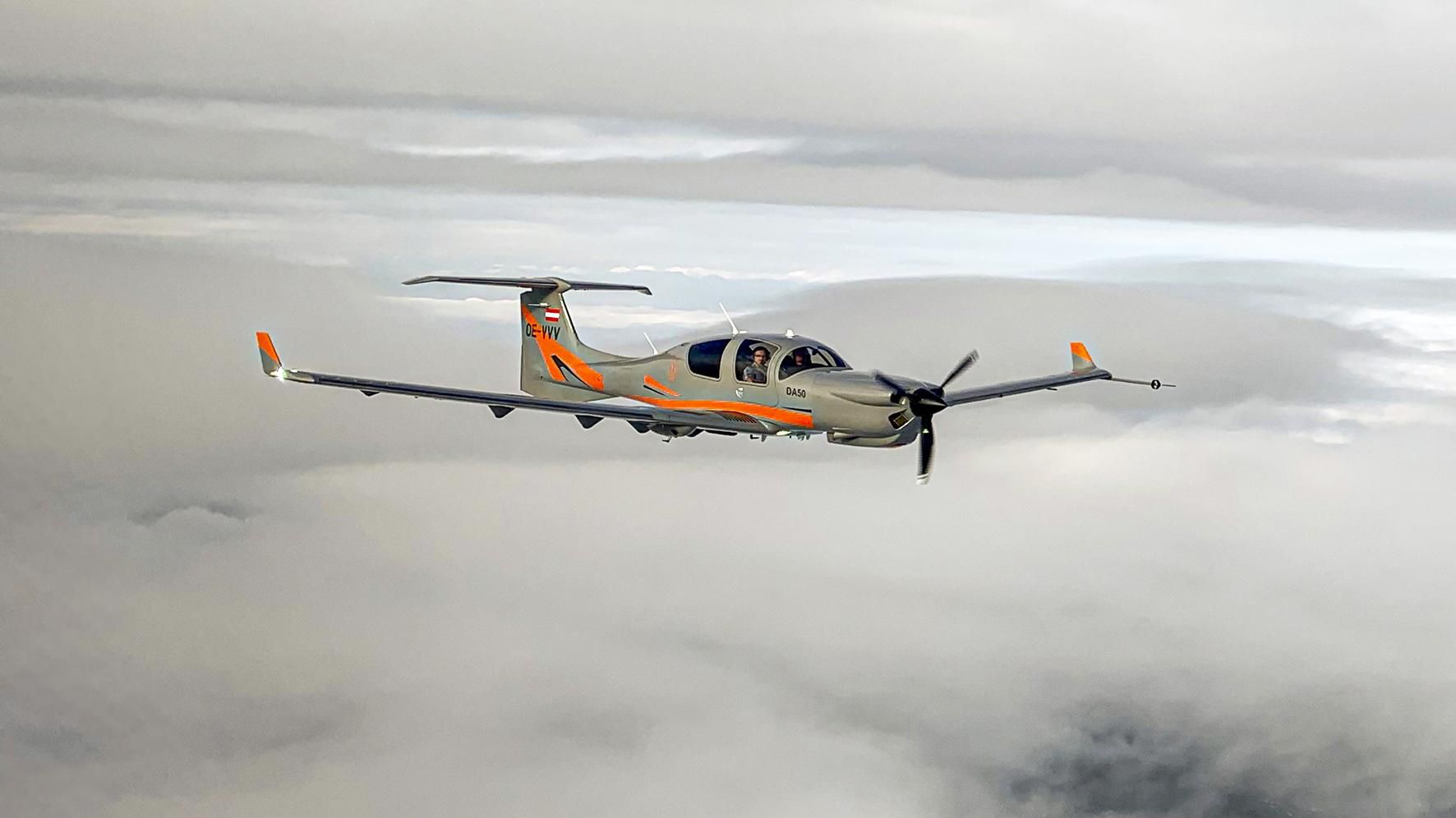 Diamond Aircraft’s DA50 program has been on-again, off-again since 2007 but has regained momentum with the first flight of the retractable DA50 this week. Diamond’s five-seater uses a 300-HP Continental diesel and is part of a revitalized DA50 program announced at Aero Friedrichshafen this spring. The fixed-gear version of the DA50 flew in March of this year.

According to Sören Pedersen, head of Diamond’s flight testing, “The first flight was conducted by the crew as planned and all systems were working as expected. Since all new elements are already well known from other aircraft out of the Diamond aircraft family, the DA50 made a very mature impression from the first liftoff on. A first cruise performance test point showed that the expectation could be met easily. The DA50 showed a good agility and an ‘easy to fly’ behavior, meaning that the handling qualities were very satisfying on the first impression.”

Diamond says the DA50 will have the largest cabin of any single-engine piston airplane. Early specs for the DA50 have the cabin width as 50 inches with a “4+1” seating arrangement. Thanks to an all carbon-fiber airframe, the empty weight of the initial DA50, powered by a Continental TSIO-550, was 2200 pounds, against a maximum takeoff weight of 3560 pounds.

Continental’s CD-300 is a 182-cubic-inch, FADEC-controlled V-6 with common-rail injection and a geared reduction drive to bring prop speed down to 2300 RPM for takeoff. The manufacturer claims a cruise fuel consumption of 9.2 gallons per hour at an unspecified percent of rated power. Current time between replacements (TBR) is 1200 hours, with the goal of increasing that to 2000 hours.

Diamond expects the five-seat, retract version to be certified by next summer. No prices or performance figures have been released.