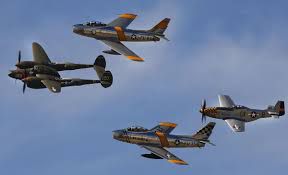 It may be back to the legislative drawing board for aviation leaders trying to undo a disruptive policy change at the FAA they say has added unnecessary paperwork and bureaucracy to specialized flight training. Deep within the National Defense Authorization Act passed by both the House and Senate was a bill to eliminate the need for instructors teaching on anything but standard category aircraft to have a letter of deviation authority (LODA) or a written exemption from the FAA. The bill, called the Certainty for General Aviation Pilots Act of 2021, was among the casualties as Democratic and Republican leadership pared the defense bill down to its basics to ensure the military continued to be funded, according to AOPA.

The FAA policy change was announced last spring after legal action against a Florida company accused of disguising experiential flights in a P-40 as flight instruction revealed some loopholes in the enforcement of rules against that. At last year’s AirVenture, FAA Administrator Steve Dickson admitted the new requirements are a paperwork exercise and told the Meet the Administrator session that it would take four years to write new rules. He pledged to make it as easy as possible to comply and most affected instructors have done so. Still, the changes rankled aviation groups who worked with various GA-friendly politicians to get the bill drafted and passed. There’s no word on what the next steps will be.