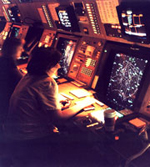 Although some pilots think closing towers at small general aviation airports may negatively impact flight safety and convenience, nearly half of them — about 45 percent — say they support the closings anyway and not even one in five believes the towers should remain open. And by overwhelming margins, AVweb readers told us that the FAA should be expected to trim its budget to reduce federal spending and that advocacy groups like AOPA shouldn’t pressure the FAA to keep towers open at low-traffic airports where they simply aren’t needed.

These are some of the findings from AVweb‘s reader survey last week on the hot-button issue of closing control towers to meet budget requirements under congressional sequestration. The FAA initially proposed a list of nearly 200 towers for potential closure, but on Friday, it announced a final list (PDF) winnowed down to 149, with some states having most of their towers shuttered. AVweb‘s survey, which was published last week, queried readers about their views on the tower closures. By the weekend, we had heard from 1,464 readers, many of whom took the time to write detailed comments.

If there was any consensus in our data, it was that many readers simply felt they didn’t have enough information to judge whether specific towers should be closed or not, but 76 percent told us they watched the list closely. To the question of, do tower closings negatively impact safety? the plurality — 30 percent — said it depends, which we surmise means the answer depends on traffic levels and how skilled pilots are in operating at non-towered airports.

“Depends on the ability of the pilot(s) who were trained at towered fields and use towered fields almost exclusively to be able to be pilots who can manage without a controller to point out aircraft and tell them when it’s ok to land,” wrote one reader. “It all depends on the location. But does closing any of the towers automatically impact safety? “Absolutely not,” wrote Bill Ludlow.

Nonetheless, some readers believe the FAA’s cut on tower closures will cause problems at some airports with a busy mix of piston aircraft, jets and helicopters.

“We have a heavy mix of student and corporate traffic. The closure of this tower is definitely a hazard to this flying community,” he said. Georgetown’s tower is one of 13 contract towers to be closed in the state of Texas, the second largest number. At 14, Florida will have the most tower closings, including Lakeland-Linder. Another reader, an instructor, had this to say: “Absolutely ridiculous and very sad that our government resorts to such blackmail. I’m concerned that my student pilots will be adversely affected amidst the heavy commuter and jet traffic at the airport where I teach. Citations and Gulfstreams won’t conform to standard traffic patterns and will just blast into the airport regardless of established traffic or patterns. This becomes a hazard and accident waiting to happen, especially with the inexperienced student pilot, who may not know how to react when confronted with a confusing traffic situation. We’ve all been there and have had some incident that was ‘pretty scary’ or ‘way too close.’ Hopefully this will lead to increased vigilance around airports and no mid-airs.”

But if anyone assumes that all pilots think towers are a good idea, our survey didn’t find evidence of that. In fact, a number of readers questioned why some towers are necessary at all at many small airports. “Are you kidding me? Open your eyes. Think. Use your head. Wow. Oh, yes, can you please send me my bubble to live so I don’t get hurt,” wrote one reader.

The pilot community doesn’t seem wholly convinced that towers contribute much to safety. Altogether, 23 percent told us safety is definitely negatively impacted when a towers closes, 16 percent said it was somewhat impacted, but 26 percent said safety was affected hardly at all if a tower goes.

Our survey made the assumption that readers accept the notion that towers add a least some reduced risk to the equation, plus convenience at low-traffic airports, so we asked if pilots would be willing to give that up. “This is a bad question. Towers slow traffic and the safety issue is questionable,” wrote James Guldi.

Added another reader: “What convenience and safety would I be giving up? Everyone will self-announce on the tower frequency, and we’ll all land and take off like big boys and girls.”

Despite the flawed assumption in our question, 45 percent of survey takers told us they would give up whatever benefits a tower provides, while only 17 percent said they wouldn’t want to. Once again, even with the tower closure list announced, 27 percent of pilots told us their decision would have to be airport dependent. But we were surprised at the number of pilots who just don’t see significant benefits in towers at small airports at all. Many wondered why some of these towers were opened in the first place.

“There are too many towers at airports which don’t really need them. Two of the three in the Milwaukee area could close with little serious impact,” said one Wisconsin pilot. “Waukesha (UES) used to have much more traffic during the 1960s and 1970s before the tower opened. We did just fine.”

Not too surprisingly, pilots based at airports with towers tend to think shutting them down introduces more risk than do those based at non-towered airports. (The survey sample was close to evenly split, with 54 percent based at fields with towers and 46 percent at airports without towers.) Among the pilots and owners at airport with towers, about half — 47 percent — said they thought closing towers definitely or somewhat impacted safety negatively while 31 percent of the non-tower-based pilots said the same.

Although we heard sympathy for controllers losing their jobs, the majority of pilots in our survey — almost 70 percent — said job preservation should not be a factor in tower closures for FAA cutbacks. Further, 85 percent said that in a time of government budget reductions, the FAA should be expected to do its share.

The numbers were similar when we asked if readers thought AOPA and other advocacy groups should pressure the FAA to keep even low-traffic towers open. Seventy one percent said they shouldn’t, while only 18 percent said they should. To put a finer point on this, some readers said the advocacy groups should get more involved in specific tower evaluations, rather than blanket efforts to resist all the cuts.

“AOPA and other groups should help FAA in the process of which towers to close safely and do it in cooperation using positive influence instead of negative fighting,” wrote Carl Olsen.

Some AOPA members believe the association should take a much broader view of cutting waste out services to GA rather than lobbying for everything they can get.

“AOPA ought to be leading the discussion on where waste really might be in the FAA, and what we can do about it. I don’t see them doing that. Tower operations are far from the only place where waste exists in the FAA. We should be discussing many,” said Steve Cornelius.