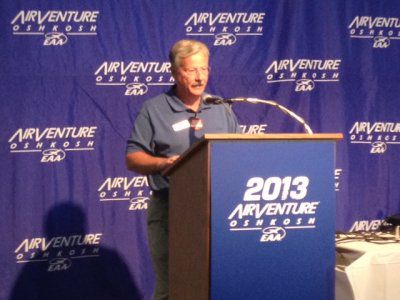 Cessna announced a further 2,000 layoffs last week, bringing the company-wide total to 4,600. Most of the layoffs hitting workers in Wichita. However, the company’s Bend, Ore., facility (where the Corvalis — previously Columbia — series is manufactured) is losing another 120 as part of the latest cuts. That facility is currently producing about one aircraft per week where last year it produced four. Loss of personnel there has cut Cessna’s Bend staff to less than half of its former levels. In Kansas, where about 4,000 of the 4,600 can be found, Governor Kathleen Sebelius called the move “devastating.” In all, Cessna has trimmed about half of its Bend workforce and about a third from Wichita. At Independence, Kan., the company plans to cut 200 jobs as part of the latest cuts, bringing the employee roster there to about 1,300. According to Cessna CEO Jack Pelton, “Making this decision is difficult for your leadership team and me personally. These actions are necessary to secure our future.” According to BizJournals.com, “Cessna’s backlog at the end of the fourth quarter was $14.5 billion, up $1.9 billion from the end of 2007,” but revenue fell.

Cessna is suffering from a rash of canceled or delayed orders. Its fourth-quarter 2008 revenue dropped by $64 million compared with the same quarter in 2007. Speaking specifically of the layoffs, Pelton said, “These numbers are profound, especially when you look beyond the numbers to the Cessna families that are affected. It’s extremely painful for all of us to lose so many of our colleagues and friends.” Cessna parent company, Textron, has clear goals laid out by CEO Lewis B. Campbell. “Our priorities this year are clear,” Campbell wrote, “maximize cash flow and operating performance in our manufacturing businesses.” Textron’s stock fell 81 percent last year and 32 percent more, Friday (the most in two decades), when the company posted its fourth-quarter losses. The company is working to align production with lowered demand and taking aggressive steps to lower expenses. That includes reductions in “non-critical product development.”