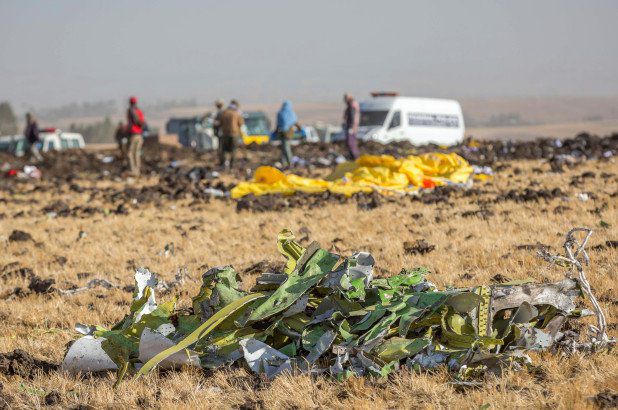 Investigators probing the wreck of Ethiopian Airlines Fight 302 have reportedly recovered the airplane’s trim jackscrew and found it set to a nose-down position. This is similar to the jackscrew position found in the Lion Air crash last October and may be the additional evidence that convinced the FAA to ground the Boeing 737 MAX 8 and 9 series aircraft.

The Ethiopian MAX 8 crashed Sunday shortly after takeoff from Addis Ababa, killing all 159 people aboard. On Oct. 29, 2018, Lion Air JT 610, a nearly new MAX 8, crashed into the Java Sea under what appear to be strikingly similar circumstances. All 189 people aboard that aircraft were also killed.

NBC News reported Friday that the jackscrew was recovered by investigators in sufficiently intact condition to determine the aircraft was trimmed nose-down when it impacted in an open field southeast of Addis Ababa. This may confirm that the flight crew was struggling with a runaway condition.

Whatever brought down the flight apparently developed right after takeoff. On climbout, one of the pilots, possibly the captain, radioed the tower “Break break, request back to home.” He requested an immediate vector back to the departure airport. Controllers noticed that the flight was flying wide altitude excursions and ADS-B data released a day after the crash revealed similar vertical speed excursions and excessive airspeed for such a low altitude.

The flight data and cockpit voice recorders have been sent to Paris where the French BEA is reviewing the data.