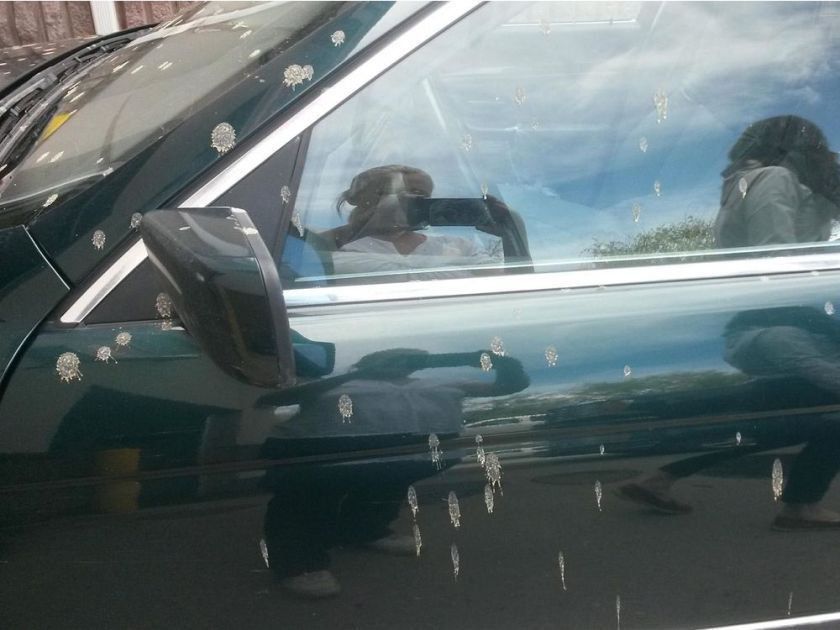 Transport Canada says the suspected human excrement that has landed on cars, people and property in British Columbia over the last six weeks didn’t come from airplanes. About a dozen incidents in which a foul-smelling substance has fallen from the sky have been reported but Transport Canada says its investigation ruled out aircraft involvement. The department said it interviewed owners, operators and airport staff and reviewed radar tapes and found no aircraft connection to the reported incidents. “The department’s review has concluded that these incidents do not meet the description of blue ice and are therefore not aviation-related,” it said in a statement.

One of those who complained is not accepting Transport Canada’s assessment. Susan Allan said she and her 21-year-old son were stopped at a traffic light in Kelowna, B.C., when they were splattered with a bluish-gray substance that came through the open sunroof. Allen later needed treatment for eye infections caused by what her doctor concluded was contact with human excrement. “It was a beautiful day. It was pure blue sky and if I had looked up and seen a flock of birds, it would have been a different story. All that was there was an airplane …,” she told Global News. Allen’s encounter happened May 9 but a man in Lumby, about 50 miles northeast of Kelowna, reported on June 14 his car was covered in a similar substance while it was parked in the driveway of his rural property. There have been other reports from Kelowna, Armstrong, Williams Lake and Abbotsford, B.C. Armstrong is about 60 miles north of Kelowna but Williams Lake is 300 miles north and Abbotsford 200 miles west. There was also a report in Saskatchewan, about 1,000 miles east.