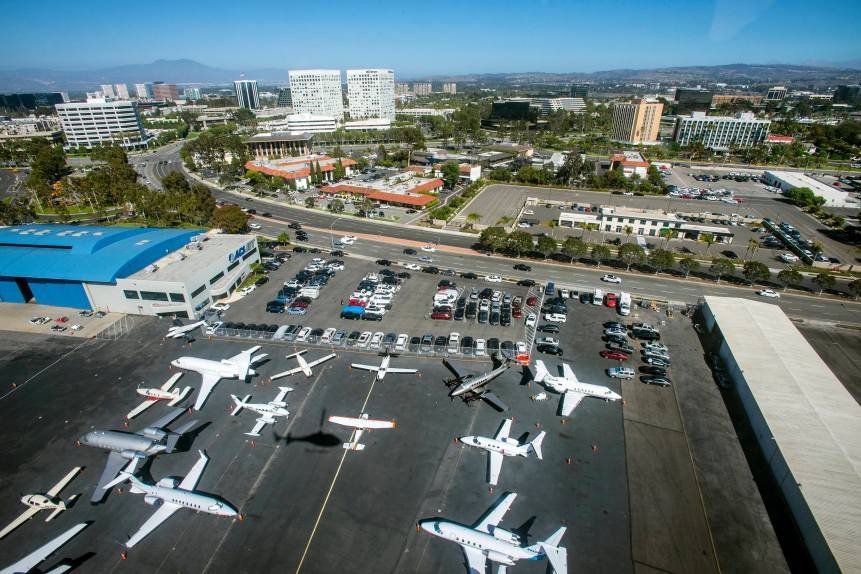 Although local residents continue to object, officials at John Wayne-Orange County Airport in Southern California have recommended a project to add a third FBO to the facility as well as upgrade its decades-old GA infrastructure. County officials heard local feedback on May 7 and agreed to return “in two weeks” to vote on a final set of proposals to update KSNA’s GA infrastructure.

Part of the agreement with local residents is to retain the current cap on jet aircraft at 65. According to the Orange County Register, an initial proposal outlined that “minor changes to building locations and roads would be made to meet Federal Aviation Administration standards. Also proposed are replacing and upgrading aging facilities that provide fueling, hangar space, maintenance and other services, and building a new terminal for private planes and a customs and Homeland Security screening facility for international general aviation flights.” However, the current plan does not include a new terminal for GA and, instead, focuses on improving the FBOs and surrounding facilities.

John Wayne is in a notoriously sensitive noise environment, with the wealthy cities of Costa Mesa, Irvine and Laguna Beach beneath the departure path of the most commonly used runways. (Takeoffs and landings to the north are a relatively rarity at SNA.) Those residents have banded together to object to an increase in flights, noise and, they say, pollution. Currently, Orange County has a strict set of noise limits and an overnight curfew on airline flights.

According to the Orange County Register, “Members of the Southern California Pilots Association, many of whom fly recreationally, had worried that they’d get squeezed out to make room for bigger and more lucrative jets, but the plan that will come back to supervisors May 21 would call for more hangar space for them.”