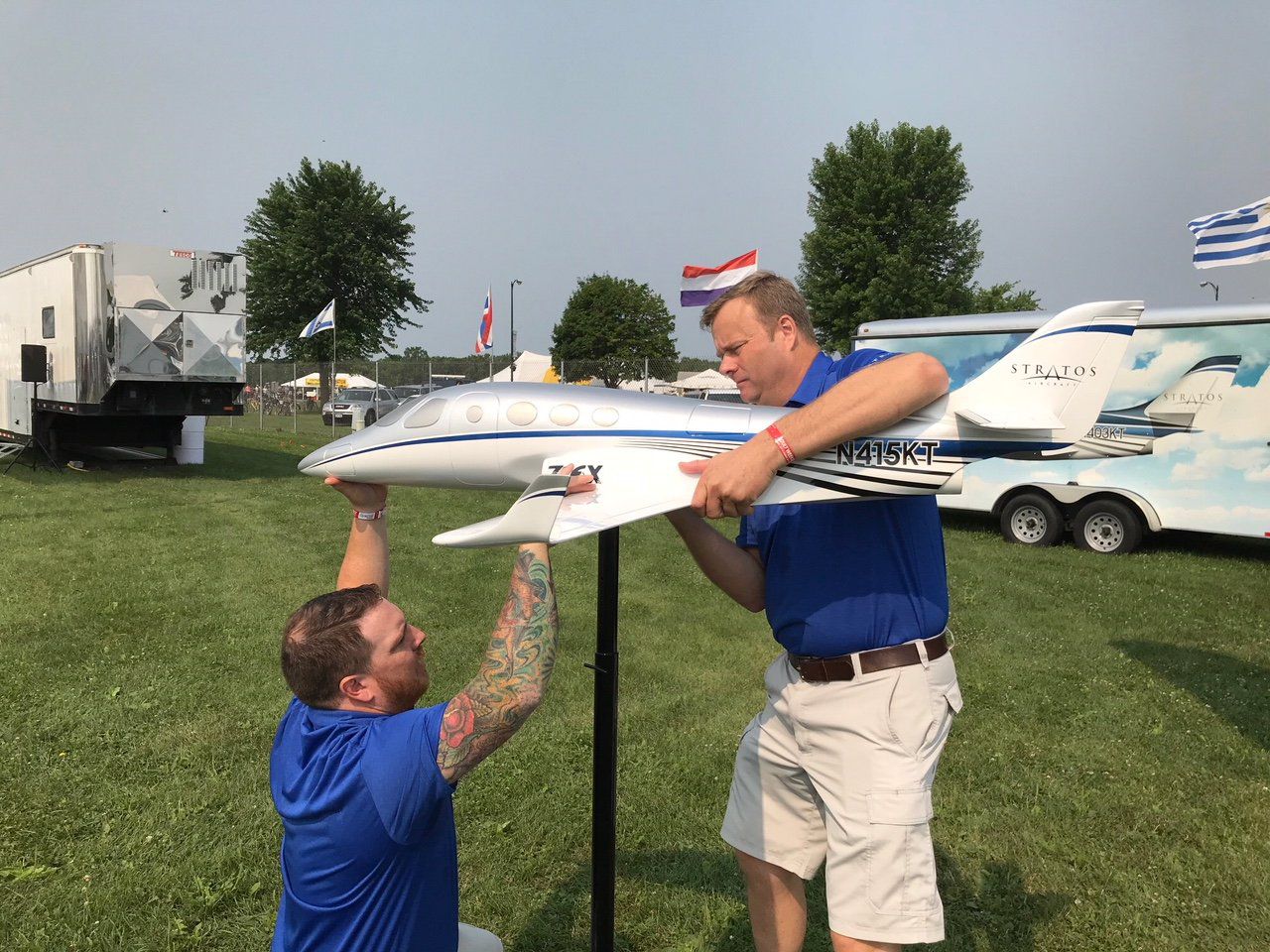 Stratos Aircraft has gone back to the drawing board and redesigned its 714 single-engine jet into the 716, a longer version with a larger and more comfortable cabin. At a news conference at AirVenture 2018, Engineering Manager Carsten Sundin said the company heard plenty of feedback from potential customers about the 714 cabin and decided to “bite the bullet” and make the changes early in the development process. Details of the resulting new aircraft will not be released until the fourth quarter of this year but Sundin called it a “true six-place aircraft” in this podcast interview.

Sundin said the company is still targeting the overlap market between turboprop twins and small bizjets with product he said will outperform anything in that market. Production models of the 716, which is almost three feet longer than the 714, will cost somewhat more than the $3-$3.5 million predicted by the company for the 714 but the company hasn’t released the new price for the 716. Sundin said the first kit version of the 716 is in production and will be finished later this year. The company intends to begin as a kit builder and hopes to be able to certify the aircraft for factory production in three to four years.