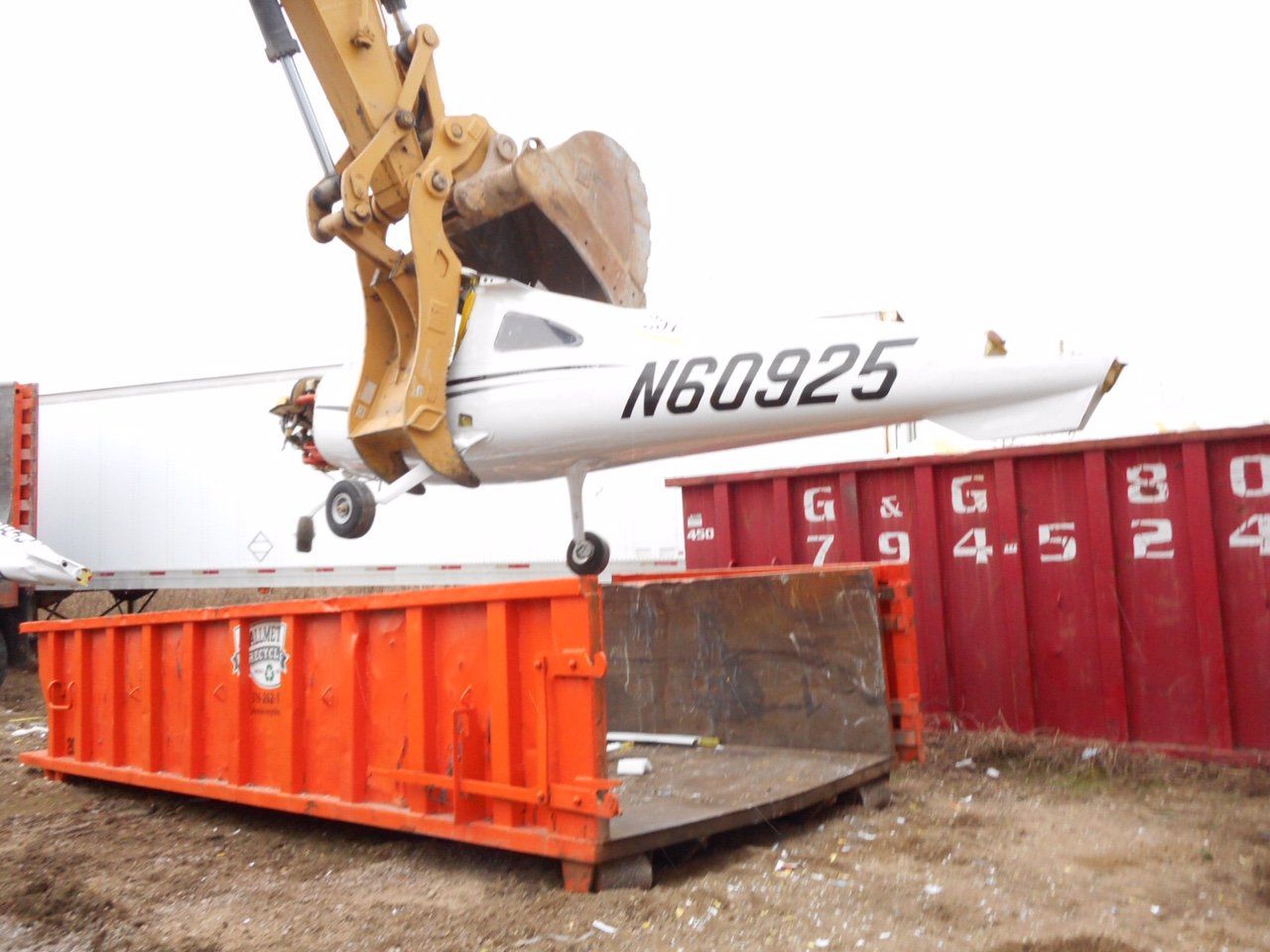 Cessna has scrapped the remaining inventory (photo gallery) of its 162-model Skycatcher airplanes, capping the end of the company’s light-sport program. AVweb has learned that the unsold Skycatchers, which the company confirmed in 2014 amounted to about 80 aircraft, were destroyed as shown in photos of an assembled but unfinished Cessna 162 being dropped into a recycling container as similar aircraft sit in storage. Cessna told AVweb on Thursday that it “utilized the remaining inventory for spare parts to ensure the current fleet of fielded aircraft can receive ongoing support. The company did dispose of what remained after salvagingusableparts.”In response to questions about the decision, the company did not specify further.

The Skycatcher program launched in 2007 soon after the advent of the light sport pilot certificate, which allowed some pilots to enter or re-enter GA flying without medicals. LSAs, which are limited to 1320 pounds and other criteria, opened up what aircraft makers saw as a potential big market for new buyers. Major manufacturers such as Cessna and Piper developed light-sport designs, but sales never met expectations. Cessna delivered the first 162s in 2011 and had more than 1,000 orders at the time, but less than 200 were reported delivered. In 2013, Cessna CEO Scott Ernest said the Skycatcher had “no future.” Nearly two years ago, Cessna said it would halt sales of the two-seat LSA and use the remaining airplanes for spare parts.