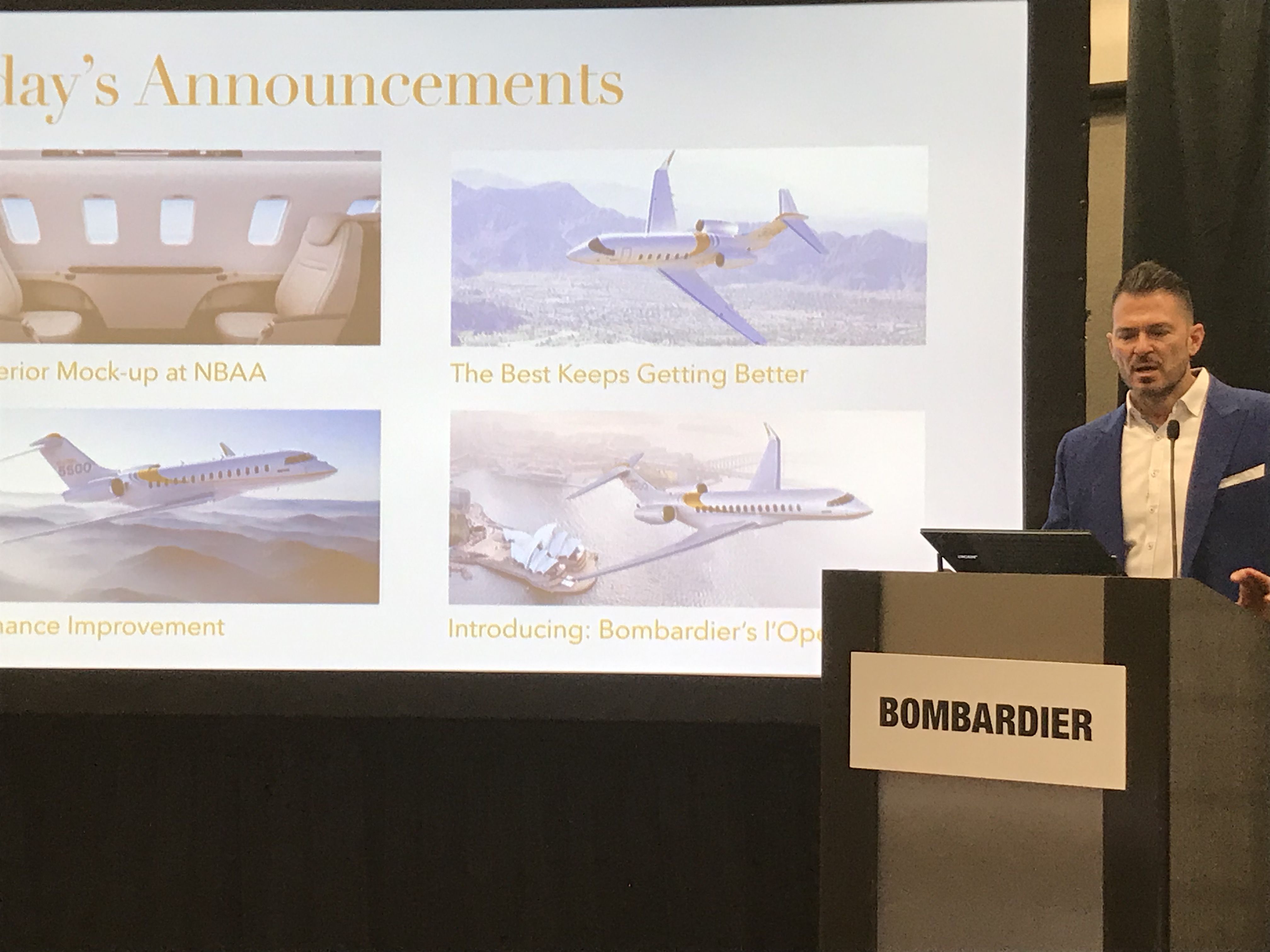 A more tightly focused Bombardier Aviation is giving its Learjet division a burst of energy with the continued development of the Learjet 75 Liberty. The aircraft is an update of the company’s legacy light jet offering and was announced in July. CEO David Coleal told a news conference at NBAA-BACE some of the technology developed for Bombardier’s larger aircraft, including the flagship Global 7500, like new patented seats, avionics and synthetic vision, is being incorporated in the Liberty and the price has been kept under $10 million.

The company has focused particularly on the cabin for a refresh. In addition to adding modern essentials like USB plugs, the six-place cabin (seven in a pinch) has an executive zone in front with swiveling forward-facing seats and there’s a four-place club arrangement in the back. A pocket door separates the cabin from the galley to make the cabin quieter. Bombardier has a mock-up of the cabin at the static display at Henderson Executive Airport.