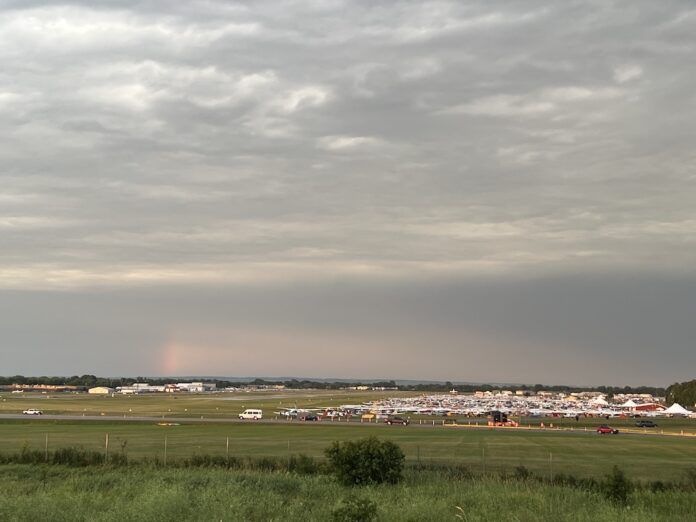 Just in time for last-minute holiday shopping, EAA announced today (Dec. 20) that tickets are now on sale for the 70th anniversary edition of the AirVenture Oshkosh (Wisconsin) fly-in convention. AirVenture Oshkosh 2023 opens its turnstiles on July 24 at Wittman Regional Airport and closes out on July 30.

The mammoth fly-in typically hosts more than 10,000 aircraft every year with more than 600,000 clicks of those turnstiles. Aircraft range from ultralights to jumbo jets —with homebuilts, factory-builts, antique/classics and warbirds in between.

EAA CEO and Chairman Jack Pelton said, “There is no other event that showcases the breadth and depth of the aviation community as AirVenture, just as EAA brings together aviation enthusiasts regardless of their interest or background. Celebrating this milestone will be a major part of activities at Oshkosh in 2023.”

The 2023 running of AirVenture Oshkosh (which began as a small fly-in outside Milwaukee in 1953) will feature a total of nine separate air shows during its seven-day run. The grounds will also host 1,500 forums, workshops and seminars and provide more than 800 aviation exhibitors the opportunity to showcase their products and services.

Pre-purchase ticket options can include camping credentials and early-bird merchandise. “Additional special offers” will be made available in the run-up to the show, according to EAA.