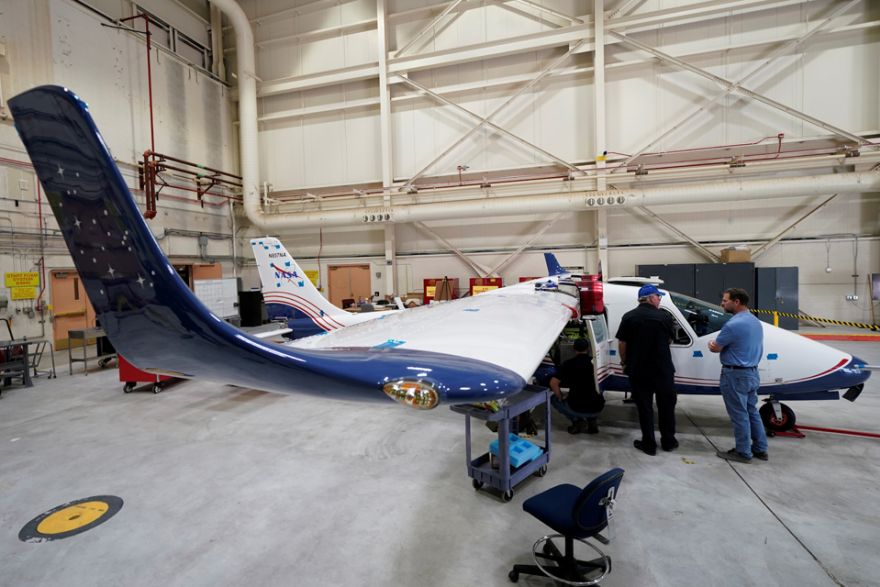 NASA formally unveiled its electric airplane test bed last week and the Maxwell (more formally the X-57) will be the agency’s first manned aircraft project in 20 years. The aircraft, which is based on a Tecnam 2006 light twin, is still at least a year from its first flight but the two largest of its eventual 14-motor configuration are being mounted and that resulted in the public showing at Edwards Air Force Base. It also showed off a full-motion simulator that engineers will use to practice on.

The big motors will power it during cruise while the 12 smaller ones, arrayed along the leading edge of the high wing, will help get the plane airborne. They will then fold up when the bigger motors take over. NASA has a slightly different focus than the plethora of electric aviation startups that are now crowding the fledgling market. It’s testing technologies that will meet rigid standards for commercial certification but it’s also responding to the clear push toward electric aviation. “We’re focusing on things that can help the whole industry, not just one company,” Brent Cobleigh, a project manager for NASA’s Armstrong Flight Research Center at Edwards told Reuters. “Our target right now is to fly this airplane in late 2020.”