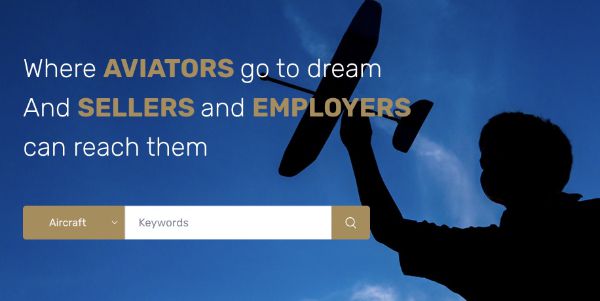 Pilots buy and sell aircraft and equipment with a passion, so it only made sense back in January of this year to undertake the daunting task of adding a classified advertising section to AVweb’s editorial package.

The result is available here, and AVweb readers with something to sell can take advantage of free listings for the next two months, starting today. The time window for obtaining a free listing is reduced for every day between now and Nov. 8. After that, you can list your aircraft for as low as $29 a month. Go to List Now on the classified homepage to learn the full array of pricing options for each sales category, which includes aviation jobs, real-estate, products and services, and engines.

“When we began this project, we wanted to give classifieds.avweb.com all the bells and whistles pilots told us they need,” says Belvoir Media Group chief content officer Tim Cole. “Aviation is broad and deep,” Cole observes, “and serving all areas of the industry, like job postings, became an early priority.”

“We deliver two million AVweb Flash daily e-letters each month, a factor that large sellers obviously find attractive,” Cole said. “Our goal is to make classifieds highly visible, easy to use, and content-driven.”

This new AVweb feature is the result of a partnership between AVweb.com and Phoenix-based entrepreneurs Jeff Miller and Todd Hogan. Miller is on the flight operations team for Southwest Airlines and Hogan is a digital developer. Started in 1995, AVweb is an early adopter of digitally delivered aviation media, covering the GA, business, and military sectors, along with space flight. It’s the hub for the Belvoir aviation group, which includes Aviation Consumer, Aviation Safety, IFR, and Kitplanes.

According to Hogan: “The listings will not only be found on classifieds.avweb.com, but will also be tightly integrated with AVweb’s broad network of aviation content. These are just a few of the ways AVweb Classifieds will be more than just the average classifieds service.”

The five-times weekly Flash email newsletter, the site’s self-selecting email updates, plus listings accompanied by AVweb’s Used Aircraft Buyers’ Guides will have links back to classifieds.avweb.com, enhancing value for both listers and browsers. Hogan emphasizes a versatile homepage search widget that will allow users to scour listings starting from both the AVweb home page and AVweb Flash.

“We want pilots to come early, come often, and stick around to find an airplane, a piece of fly-in real estate, avionics or a great job,” according to Cole. Near-future enhancements include weekly special announcements in AVweb Flash: a plane-of-the-week selection in the top leaderboard position on Mondays, a Jobs Spotlight on Wednesdays, and a This-Just-In announcement on Fridays identifying new listings.