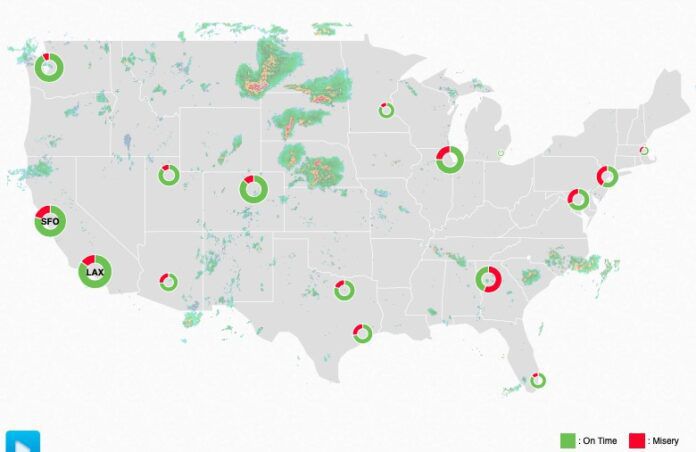 Airline performance so far on the long weekend appears to be a little better than feared but still not up to pre-pandemic standards. According to a New York Times report, about 1,400 flights had been canceled and 14,000 delayed by late Sunday, but that’s actually not that bad. It accounts for about 30 percent of flights and on any given weekend about 20 percent of flights are normally delayed or canceled. On Friday, 2.49 million people flew, up more than 10 percent from the 2.18 million who traveled on the same day in 2019 before COVID. The Times also reported that by Sunday, performance was better.

Southwest told the Times that it canceled only 10 flights all day Sunday and FlightAware reported that only 15 percent were delayed. Delta said it canceled only 1 percent of its flights. American Airlines, which is in contract negotiations with its pilots, suffered a scheduling system glitch that enabled pilots to drop flights that had been assigned. When the system was restored, so were the flights and the Allied Pilots Association cried foul. It said the flights were reassigned “unilaterally” without consultation to its members and wants the airline to pay an “inconvenience premium” to affected pilots. Weather had localized impacts but most areas were spared serious issues.

Whether the weekend performance was good enough for Transportation Secretary Pete Buttigieg remains to be seen. He told airline executives two weeks ago that he was considering sanctions against them if they didn’t improve service. He told them the July 4th weekend would guide him on those decisions.