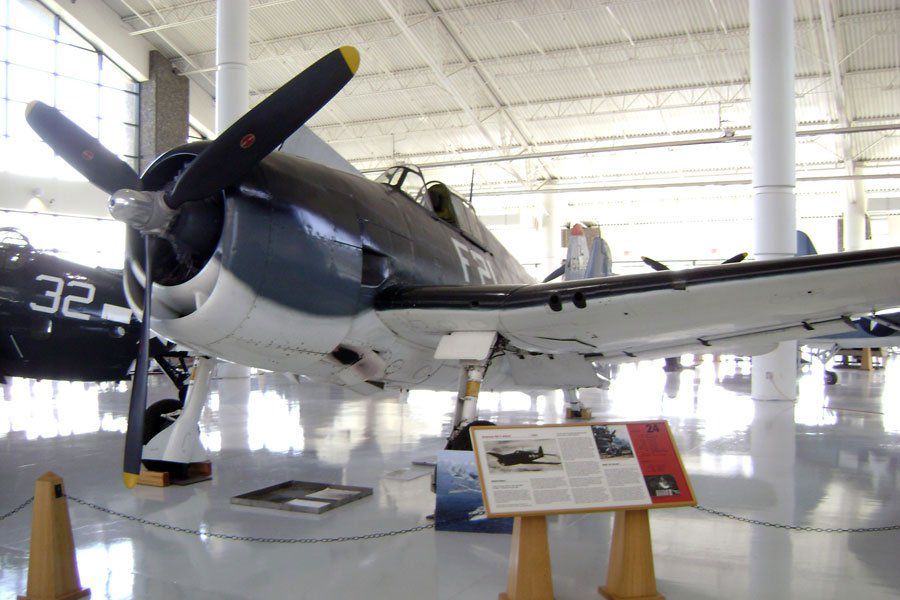 Newly restored to its original condition, the Collings Foundation’s Grumman F6F will make an appearance at AirVenture this year, EAA has announced. Previously shown at the National Museum of the Marine Corps and then the Evergreen Aviation & Space Museum, the Grumman has been the subject of a three-year restoration on behalf of Collings at American Aero Services in New Smyrna Beach, Florida.

Designed an F6F-3N, this particular aircraft was modified to be a night fighter. According to Collings, “Select brand-new F6F-3 Hellcats coming off the line at Grumman were modified in secret. Very little is known about the actual conversion process of the planes. We do know a new instrument panel and a radar pod were installed. The modifications made F6F-3N a different beast. It was designed to hone in on a target with its AIA or AN/APS-6 radar. The pilot was trained to fly the plane through the scope, before picking up the target aircraft visually at very close range.”

After its war service, this F6F made the rounds as a night trainer and eventually was placed at Naval Air Station as a maintenance trainer. Powered by a Pratt & Whitney R-2800, 2000-HP radial, the Hellcat was considered easier to manage during carrier operations than the arguably sexier F4U Corsair. More than 12,000 were built, starting in November 1945.

The Hellcat is part of EAA’s “Year of the Fighter” special exhibit at AirVenture 2019.