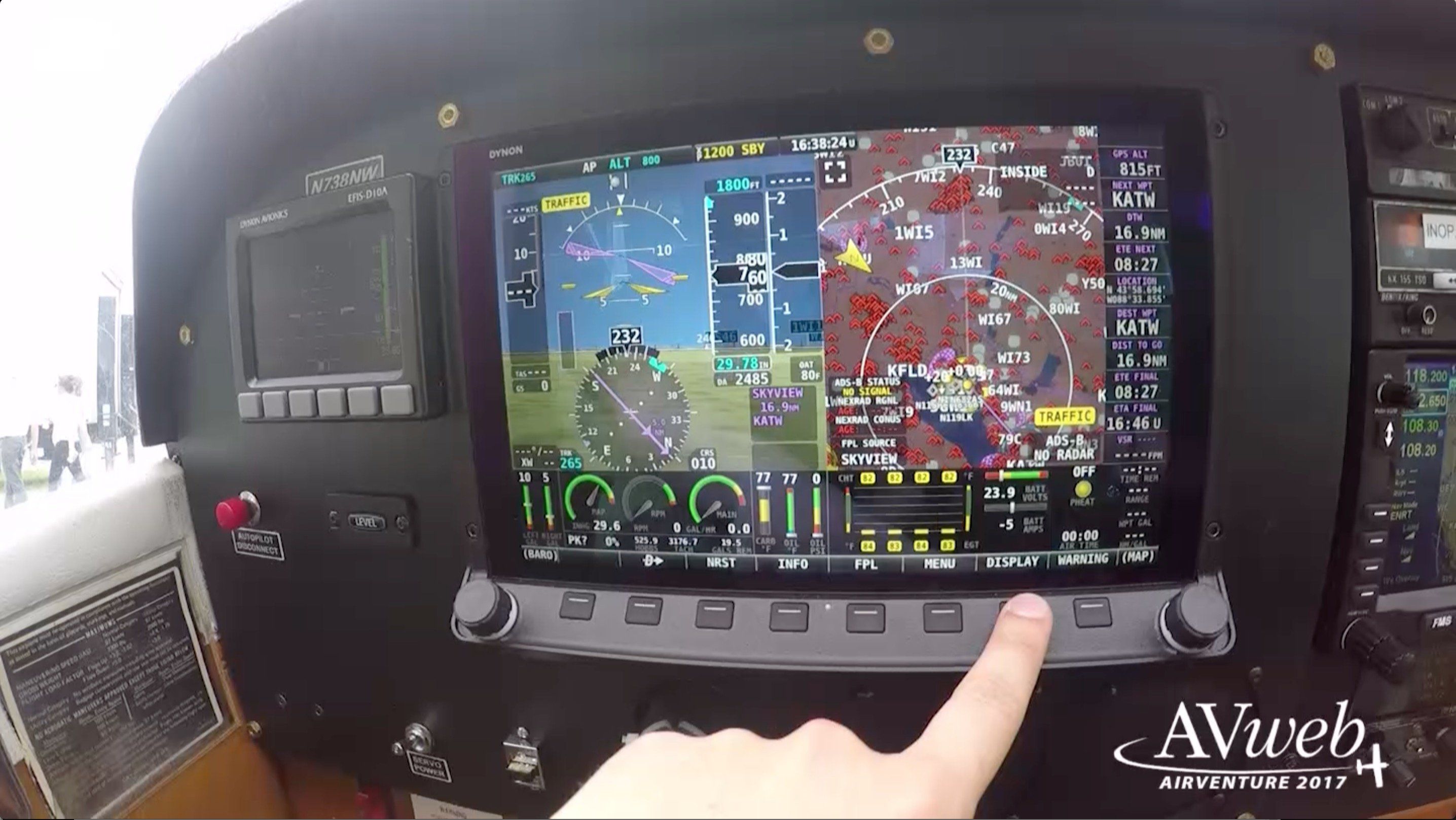 On the pre-opening day of AirVenture 2017, Dynon Avionics surprised early showgoers with a new program allowing the installation of its popular Skyview HDX EFIS system into certified aircraft. Initial approvals cover the Skyhawk and Baron lines, but Dynon’s Michael Schofield told AVweb on Sunday that approvals will be expanded to other models.

The Skyview is a complete EFIS system, offering a primary flight display, multi-function display with moving map, ADS-B In and Out options, traffic and transponder and a backup D10A electronic gyro. For the time being, Dynon’s comm radios are not included in the package, but Schofield said they eventually might be. The real eye opener is the price: about $20,000 installed, to include an autopilot with limited envelope protection. In Dynon’s AirVenture booth, the company has on display the HDX installed in a Skyhawk and a 58 Baron.

In this AVweb video shot at the show on Sunday, Schofield said the HDX will allow owners to rid their airplanes of vacuum systems in favor of the proven reliability of glass panels. “We think it’s going to be a fantastic new era for general aviation,” he said. The Cessna on display at AirVenture has a single HDX with a D10A mounted on the left side of the display to provide backup. But an owner with sufficient budget could also choose to install dual displays.