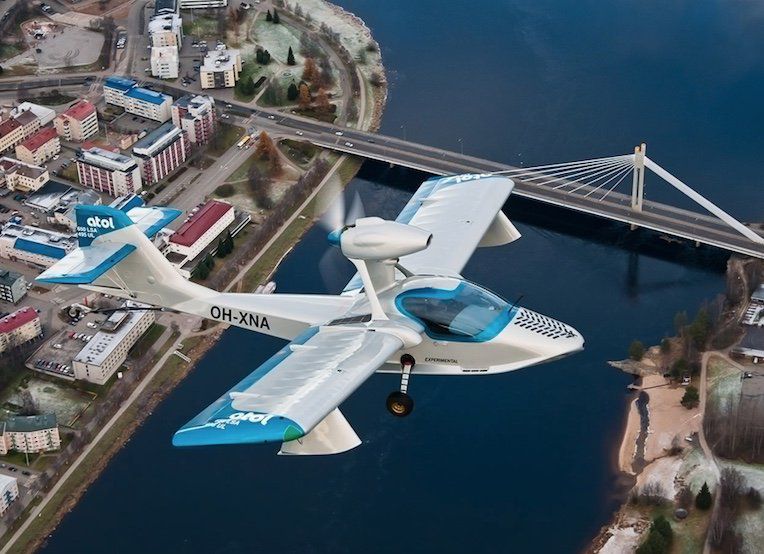 A new company announced plans at Sun ‘n Fun to build a Finnish LSA amphib in Maine. The Atol Avion will be built in Brunswick Landing. A new company called Atol USA has been formed as a joint venture with the Finnish company to build and sell the aircraft in the U.S. Brunswick Landing is the former NAS Brunswick and the Maine government has been marketing it as an aviation industrial park. The Atol Avion is a new design but European approval is expected later this year. The U.S. company hopes for deliveries in 2018. The aircraft looks like direct competition for the Icon A5 at a significantly lower base price of about $160,000.

The airplane uses a 100-horsepower Rotax 912iS in pusher configuration. It has a useful load of 600 pounds and clears a 50-foot obstacle off the water in 1,500 feet. It cruises at 106 mph and has a range of 800 miles. The aircraft will also have a warranty linked to an onboard condition monitor that sends reports to the factory. As long as the owner allows the aircraft to keep phoning home and takes care of snags reported by the system, the airplane has a 2,000-hour, 10-year warranty. At the end of either of those cycles, it can be returned to the factory for a full overhaul and the warranty is extended for another full set of cycles. On top of the base price of $160,000 there is a host of options, including skis for winter operation.