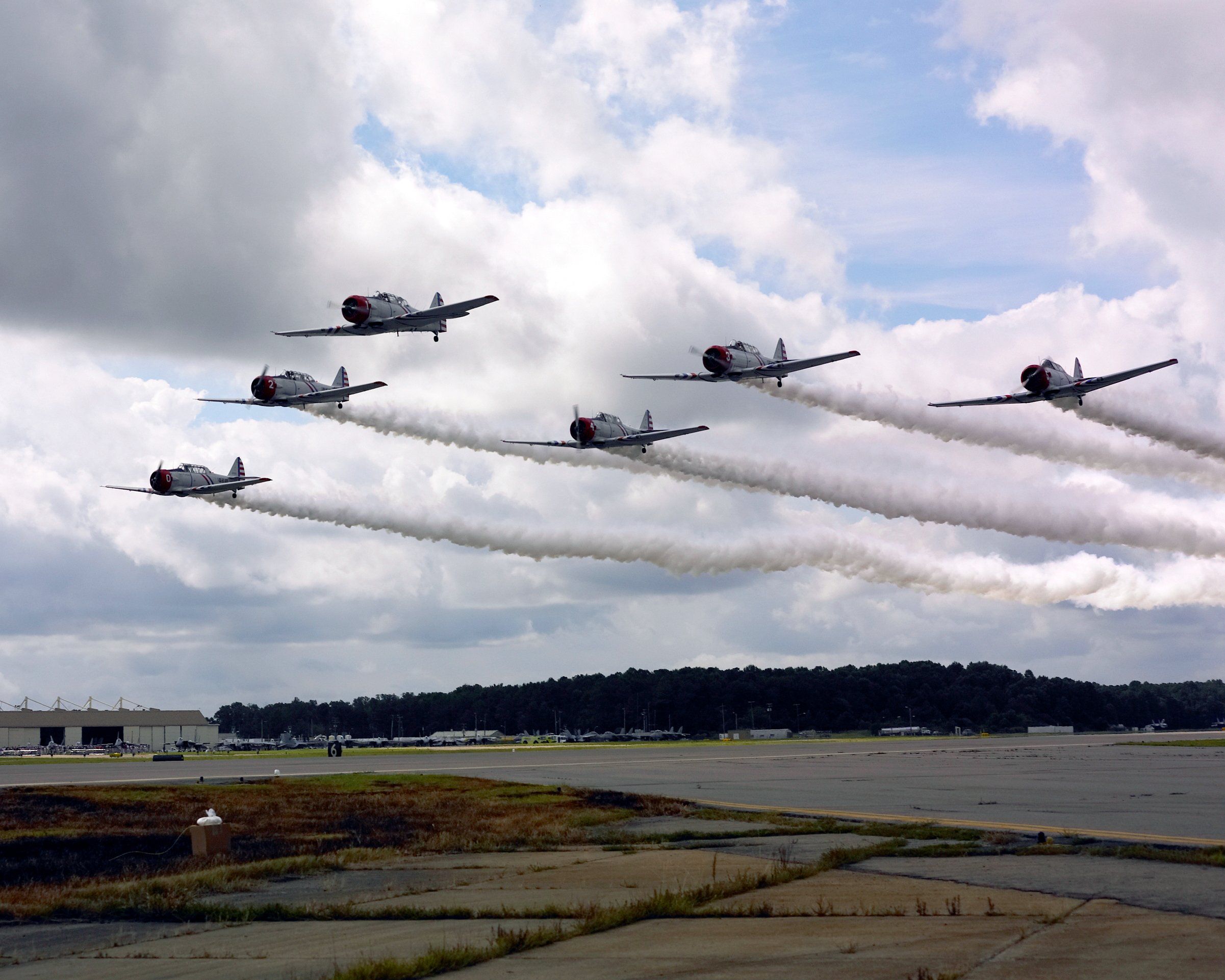 The Weekender’s SocialFlight schedule shows the airshow season picking up the pace around the country. March Air Reserve Base in California will host its first show since 2012 on Saturday and Sunday, featuring the U.S. Air Force Thunderbirds along with military and aerobatic performances and static displays. On Saturday,Old Kingsbury Aerodrome in Kingsbury, Texas, site of the Pioneer Flight Museum, will host its Spring Fly-In on Saturday. The museum preserves and restores artifacts from the earliest days of flight to World War II. The fly-in will feature vintage automobiles as well as aircraft.

Durant Regional Airport-Eaker Field in Oklahoma will host the Take to the Skies AirFest on Saturday, presented by the Choctaw Casino Resort. The airshow will feature a variety of aerobatic shows along with military performances including the U.S. Air Force and the Oklahoma Army National Warbird rides in aircraft from the Cavanaugh Flight Museum will be available. For aSunday day trip, fly in to Sporty’s at Clermont County, Ohio, and have lunch with members of the PALS (Patient Airlift Services) team. Learn more about PALS pilots and their experiences with medical flights around the northeastern states, including Ohio. For more on this weekend’s events, visit SocialFlight.