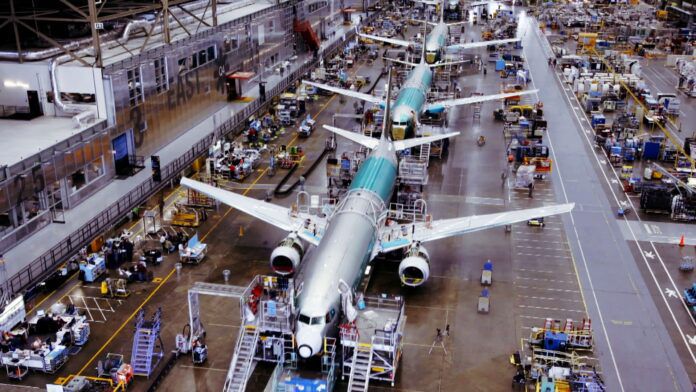 As airlines grapple with staff shortages and maintenance delays, they’re now facing an airplane shortage. According to Reuters, delegates to the annual Airline Economics conference in Dublin were told that manufacturers are missing their delivery targets and that could hamper an unexpected surge in travel prompted largely by China’s abrupt cancellation of many COVID restrictions. “We are seeing a very strong rebound in travel,” AerCap Chief Executive Aengus Kelly said “I think we will see a full return to 2019 in the middle of the year.”

The pandemic has disrupted supply chains for manufacturers and it’s expected that the shortages will be most acute in the bread-and-butter narrow body fleet. As many as 2,400 aircraft are behind schedule and the backlog will take years to clear. Air Lease Executive Chairman Steven Udvar-Hazy told the gathering that manufacturers had “grossly misjudged” their capacity. The shortage of new jets is compounded by maintenance delays. All MROs are booked solid, in part with post-storage inspections that take a lot of time. As with all shortages, the ultimate result is higher cost to the end user and air fares are expected to stay relatively high for the foreseeable future.

Another result of the supply disruption is the return of four engine aircraft that were retired in the pandemic. Some of the planes that didn’t get built are modern twins that airlines ordered with small first class cabins. There isn’t enough capacity for first class demand without the A380s, 747s and A340s that went to the desert during the pandemic so at least eight airlines are dusting off those planes to fill in until their new 777-9s and A350s are ready according to Travel Tomorrow.