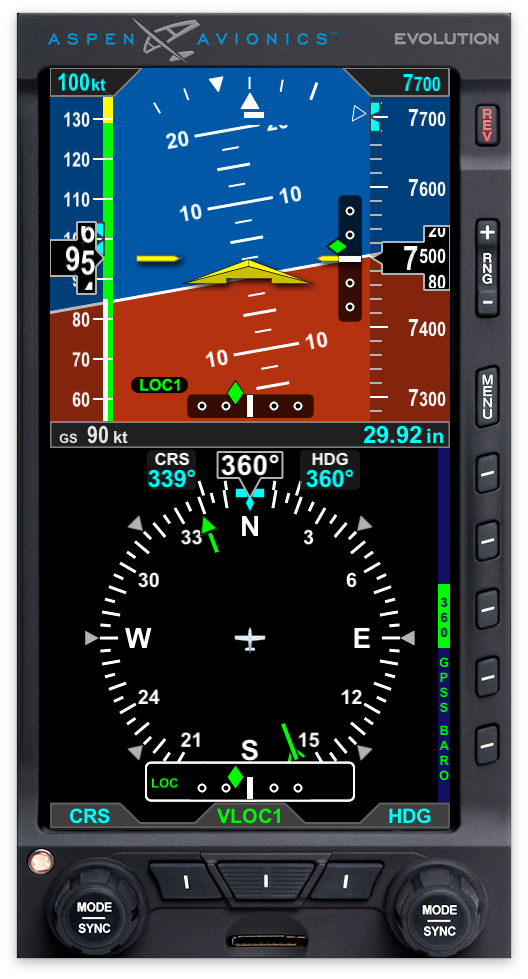 Designed for primarily for VFR aircraft, the Aspen Evolution E5 Electronic Flight Instrument has received STC approval for installations without an onboard GPS. That is, it’s meant to be installed with a conventional set of nav/comm radios. The E5 is approved for IFR flight when it’s connected to a TSO’d GPS.

According to the company, the new configuration was based on market requests for a system in VFR aircraft with the intention of training students on the use of glass cockpits without incurring the expense of a full IFR-approved setup. The E5 sells for less than $5000 in this configuration.

In other ways, this new version of the E5 is the same as ever, including combined attitude indicator/directional gyro display with tape-style airspeed, altitude and vertical speed indications; an internal battery for two hours of operation after the loss of ship’s power; and compatibility with “most legacy autopilots.” As delivered, the E5 can accept digital course-deviation signals to show a VOR or localizer/glideslope display, though older systems (like the zombielike Bendix/King KX155) need a separate signal converter.

The Evolution E5 can be upgraded to have such features as ADS-B traffic and weather depiction, angle of attack and synthetic vision. Aspen says this version of the E5 is shipping now.