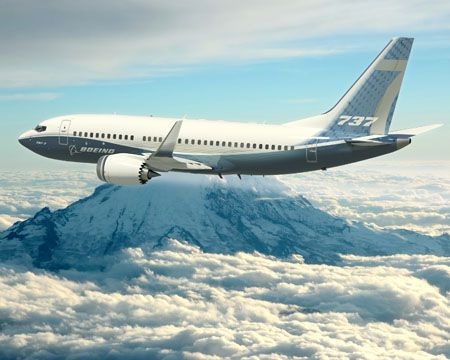 Boeing followed its admission that it made mistakes in the way it handled the 737 MAX crisis with an apology to start the Paris Air Show. Kevin McAllister, president and CEO of Boeing’s commercial aircraft division, said, “We are very sorry for the loss of lives … It is a pivotal moment for all of us. It’s a time for us to make sure that accidents like this never happen again.” McAllister also told airlines impacted by the grounding and lengthy process of return to service that “I’m sorry for the disruption.”

Boeing has also stated that it will not change the 737 MAX’s name as part of an image-enhancement program to lead the jet’s return to service.

The MAX statements come on the heels of Boeing announcing further delays in the 777X project because of issues found with the GE Aviation GE9X engine that will drive a large portion of the new twinjet’s touted efficiency. The Seattle Times is reporting that the 777X won’t fly until the fall. GE says it has identified a fix for the prematurely wearing component in the compressor section, but it will take months to verify the change and certify the engines. Boeing has told news outlets that it won’t fly the 777X until the engine is certified.

These setbacks are on the backdrop of Airbus introducing a long-range version of the A310neo series, called the A321XLR. With a range of 4700 nautical miles, the XLR will have the longest range of any narrow-body airliner, even more than the Boeing 757, which is no longer being produced.

While the Paris Air Show as getting underway, Boeing published its Commercial Market Outlook for 2019-2038, which predicts demand for more than 44,000 new aircraft over the next 20 years, up slightly from its previous prognostications. The value of these aircraft, across the entire industry, is $6.9 trillion, according to Boeing, with the strongest demand remaining on the narrow-body segment; it says more than 32,000 such aircraft will be needed over the next two decades.