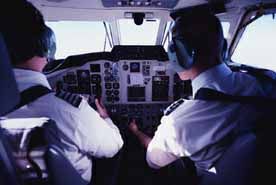 Two companion bills soon to be introduced in Congress would raise the airline retirement age to 67 from the current 65. Sen. Lindsey Graham announced the Senate version of the bill and spoke about it at the Greenville-Spartanburg International Airport on Monday. “We just don’t have enough pilots over time to keep the skies working the way they should,” Graham, who is 67 himself, said at a press conference.

During the next two years, some 5000 pilots will age out at the mandatory age of 65. In 2007, the retirement age was raised to 65 from 60, despite worries that doing so would decrease safety by increasing the risk of accidents. Accident data hasn’t borne this out. Nonetheless, at least one pilot union, the Air Line Pilots Association, has pushed back on the idea of raising the age again. In a statement last May, ALPA said, “This discussion is yet another attempt to distract the conversation from the real issue which is the failure of airlines to deliver on a key goal of the multibillion-dollar relief plan Congress provided them during the pandemic which was to effectively manage air-service operations as travel resumes. ALPA strongly opposes this proposed legislation as there is no reason to change the retirement age today and doing so would only increase costs for airlines as well as introduce unnecessary risks to passengers and crew alike.”

Transportation Secretary Pete Buttigieg also opposes the change. “I’m much more interested in raising the bar on things like compensation and job quality than lowering the bar on something like safety,” Buttigieg told Fox News in an interview earlier this month.

The so-called Let Experienced Pilots Fly Act raises the retirement age, requires pilots over 65 to maintain a first class medical certificate, and requires air carriers to continue using pilot training programs approved by the FAA, things they are already required to do by law.

In the House, Rep. Chip Roy plans to introduce a companion bill on Wednesday. It would “immediately alleviate the consequences of this artificial shortage,” Roy said on Monday.