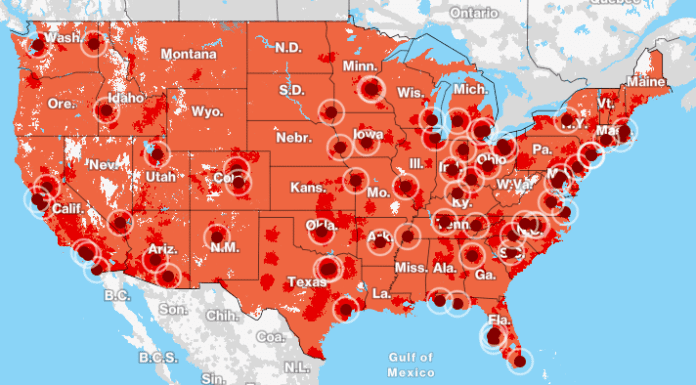 The FAA has published more than 1,400 Notices to Air Missions (NOTAMs) regarding potential radar altimeter disruptions related to the upcoming launch of Verizon and AT&T’s 5G C-Band wireless broadband networks. In general, the NOTAMs prohibit operations such as the use of head-up display (HUD) and enhanced flight vision systems (EFVS) to touchdown, autoland and helicopter operations requiring radar altimeter data including hover autopilot modes and CAT A/B performance class takeoffs and landings. They also include an exemption for approved alternate methods of compliance (AMOCs), although the FAA has yet to sign off on any.

The NOTAMs are scheduled to go into effect on Jan. 19 alongside the 5G rollout, which has been delayed twice since the originally planned launch date of Dec. 5, 2021. Last week, the FAA published a list of 50 airports that will be protected from 5G signals for six months. In addition, two 5G-related airworthiness directives (ADs) were issued last December.