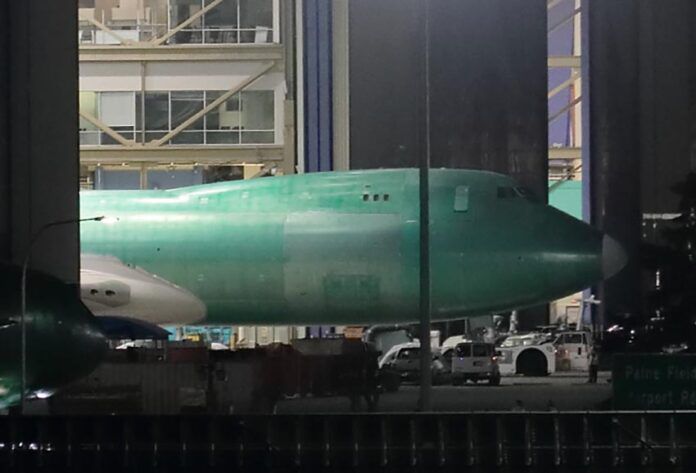 The last Boeing 747 has rolled off the assembly line and is now being readied for service with cargo carrier Atlas Air. The 747-8F freighter was completed to the green stage on Oct. 4, but no formal announcement was made. A planespotter captured the historic event and AirAlive reported it. The revelation came as Atlas took delivery of the third-to-last 747. The company bought the last four 747s in 2021, briefly delaying the inevitable. The $1.6 billion deal brought Atlas’s 747 fleet to 57 aircraft, making it by far the biggest jumbo jet operator in the world.

The 747 enjoyed a 55-year run with at least 1,572 built. The last version is the biggest ever built and can carry 20 percent more than the previous design, the 400. At the same time it burns 16 percent less fuel. “We are pleased to receive this additional 747-8F, and to add more capacity and value to our customers. Atlas’ investment in these new aircraft underscores our commitment to environmental stewardship through the reduction of aircraft emissions, resource consumption and noise,” said Atlas CEO John Dietrich.