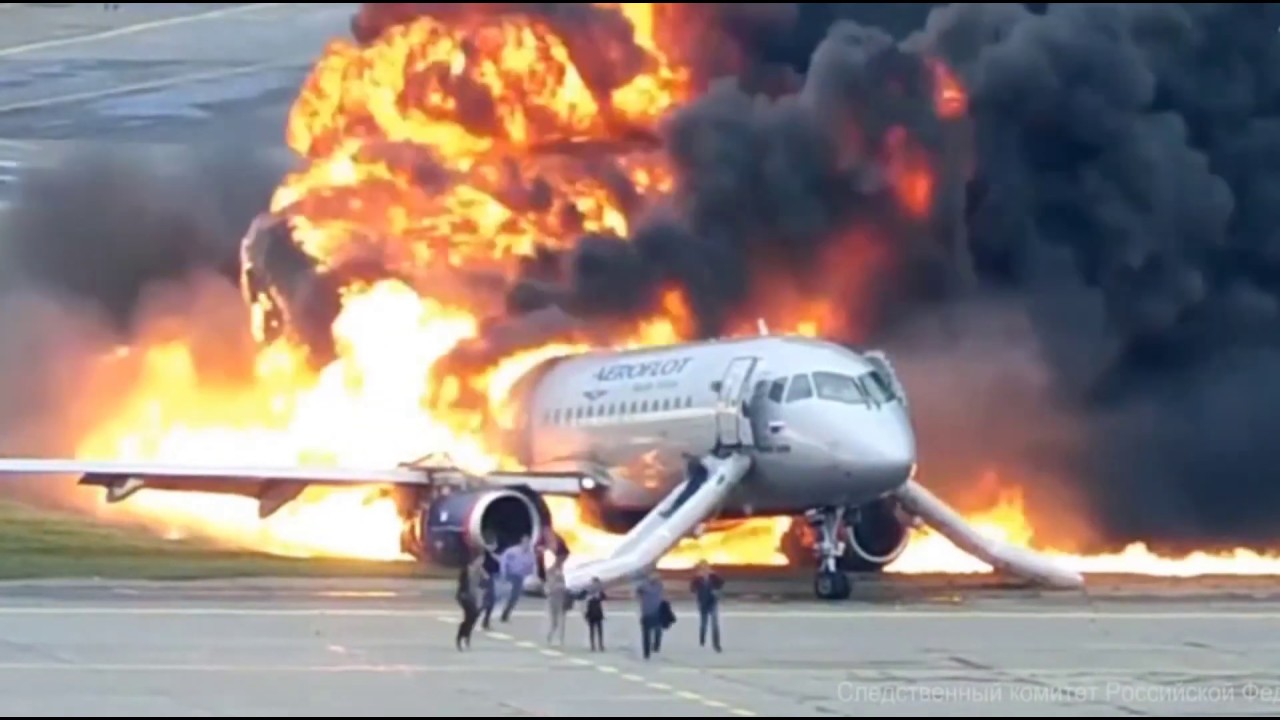 About half the passengers who managed to escape the burning wreck of an Aeroflot Superjet 100 at Moscow’s Sheremetyevo Airport last May 5 hit the slide with their carry-on baggage, according to a video released by Russian authorities this week. The remarkable surveillance video shows the Russian-built regional airliner, one of the newest in Aeroflot’s fleet, sliding sideways to a stop with 50-foot flames rising from the tail. The crash was the result of a botched emergency landing in which the airliner porpoised so severely it collapsed the gear and breached the full fuel tanks in the wings. Only 41 of the 78 people aboard were able to get out. The plane was returning to the airport after being struck by lightning after departure for Murmansk.

The right front emergency exits of the plane doesn’t open for an excruciating 11 seconds and three of the first five people off the plane are carrying personal items. It takes more than 20 seconds to get the left door open. As they stream out of the plane, passengers can be seen carrying laptops and even heavy bags that they can barely carry as they try to run across the ramp. One man left his bag behind but stopped running to shoot video with his phone. The government-released video has been edited so the response time of the fire department can’t be determined but it took less than a minute to control the fire. More than half of the plane was consumed.