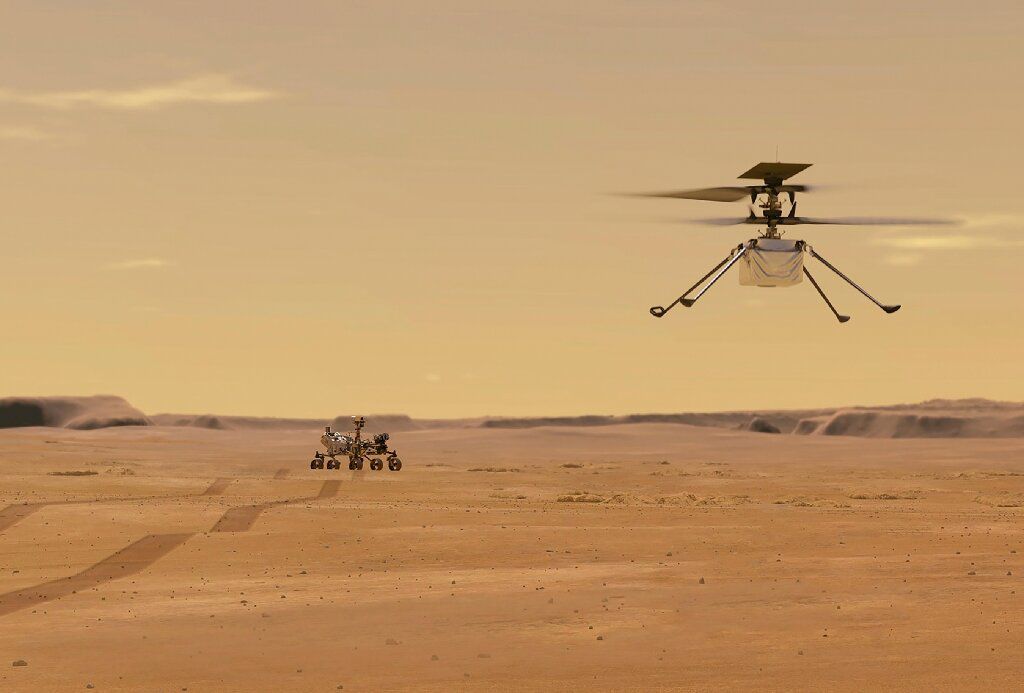 The National Aeronautic Association has awarded the coveted Collier Trophy to NASA’s Jet Propulsion Lab’s Ingenuity Mars Helicopter team for “the first powered, controlled flight of an aircraft on another planet, thereby opening the skies of Mars and other worlds for future scientific discovery and exploration.” The little drone with counter-rotating rotors has logged a total of 43 minutes of flight time in 24 flights on Mars since it was deployed by the Perseverance rover in 2021. Its first flight was on April 10, 2021, and after a few test flights it began acting as a science scout for the rover, checking out promising scientific targets and finding safe routes of travel. It’s also taken plenty of high res color photos.

“Almost no one thought a helicopter could be flown on Mars,” said NAA President Greg Principato. “There were many who thought the project was not worth the effort. It is by overcoming such doubts that great achievements happen and that’s what the Ingenuity Team did. It is our honor to present them with the 2021 Collier Trophy.” Bob Balaram, who came up with the idea of putting Ingenuity on Mars, said he recently visited the Kitty Hawk site of the Wright brothers’ first flight and said he hopes there will be a similar attraction on the Red Planet. “It is my hope that, some day, when people travel to Mars’ Jezero Crater that they consider visiting where the first flight on that world occurred!”