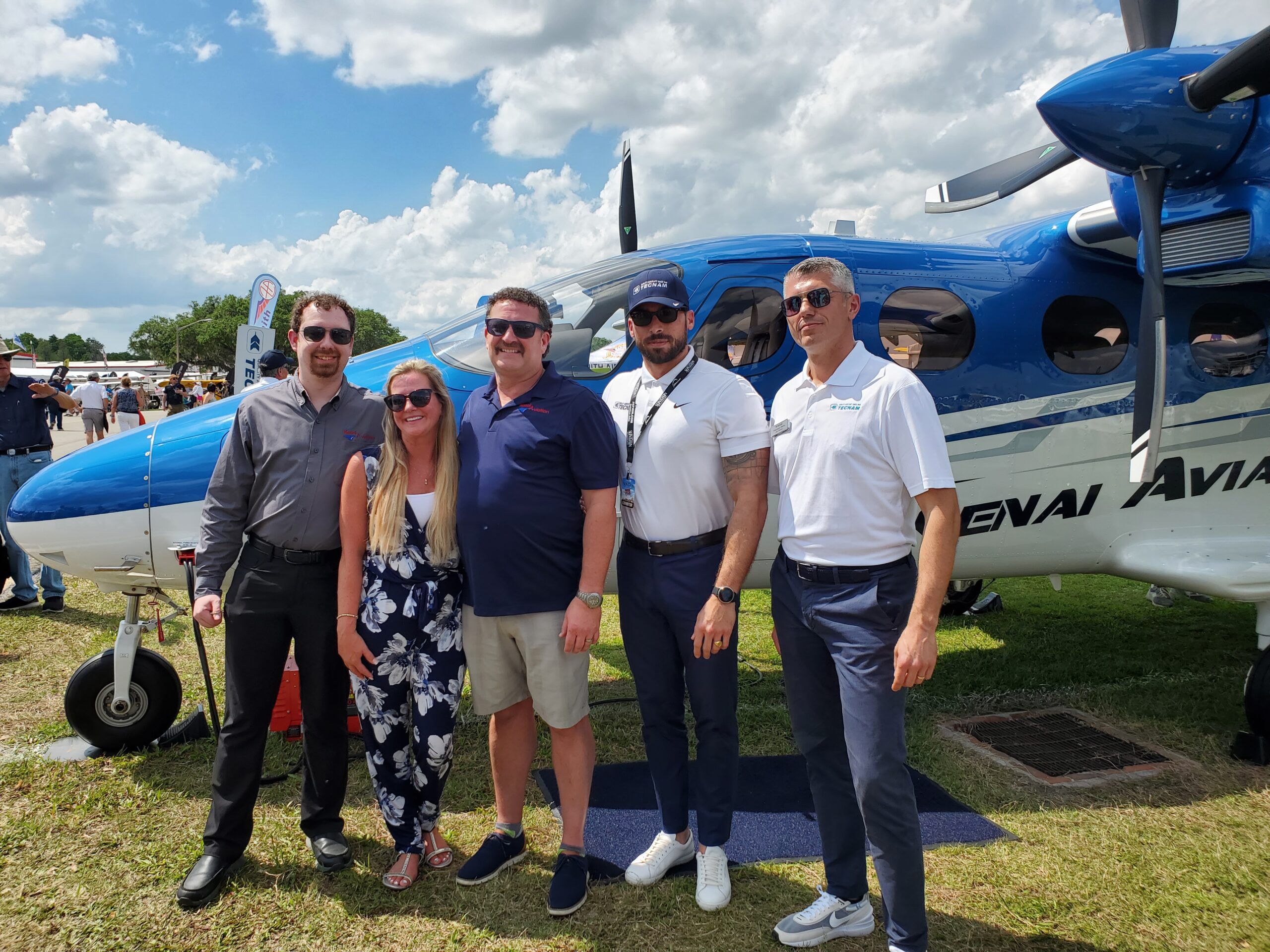 Alaska-based Kenai Aviation took delivery of a new Tecnam P2012 Traveller at the Sun ‘n Fun Aerospace Expo on Tuesday. Kenai Aviation, which currently offers both flight training and charter flights, plans to use the aircraft to launch a scheduled passenger service in south central Alaska. The service is slated to begin on May 2, 2022, and will cover routes connecting Kenai, Homer and Valdez to Anchorage.

“This airplane we specifically purchased to get the scheduled side of our operation going,” said Kenai Aviation owner and director of operations Joel Caldwell. “Alaska is two and a half times the size of Texas. So the communities around us … are places where in order to get to the big city, which is Anchorage, from Homer, for example, it’s a four-and-a-half to five-hour drive and that’s if there’s not an avalanche in the pass, if there’s not forest fires … in order to serve those communities, we’re a 45-minute flight for them with this airplane.”

An airline pilot with over 15,000 hours of flight time, Caldwell purchased Kenai Aviation in 2018 and runs the business alongside his family. In addition to the new Traveller, the company operates a fleet that includes Piper Tri-Pacers on the training side and a Beechcraft Super King Air for charter flights. Kenai Aviation was founded by Bob Bielefeld in 1961.

“I can understand the passion from the other side because we are both family businesses,” said Tecnam managing director Giovanni Pascale Langer. “It is a piece of us that is delivered together with the plane and I’m sure there is a piece of [the Caldwell] family delivered with every single flight.”

The twin-engine Tecnam P2012 Traveller offers a range of 950 NM, top cruise speed of 194 knots and useful load of 3,117 pounds. Powered by Lycoming TEO-540-C1A engines, the aircraft is equipped with a Garmin G1000 NXi-based avionics suite and can seat up to nine passengers. The P2012 flew for the first time in 2016 and deliveries began to launch customer Cape Air in 2019.

According to Pascale Langer, approximately 50 P2012s have been delivered to date. He noted that sales continue to be strong and the company is expanding its production capabilities. The model is currently in operation in locations around the world including Australia, Taiwan, Germany and Argentina.