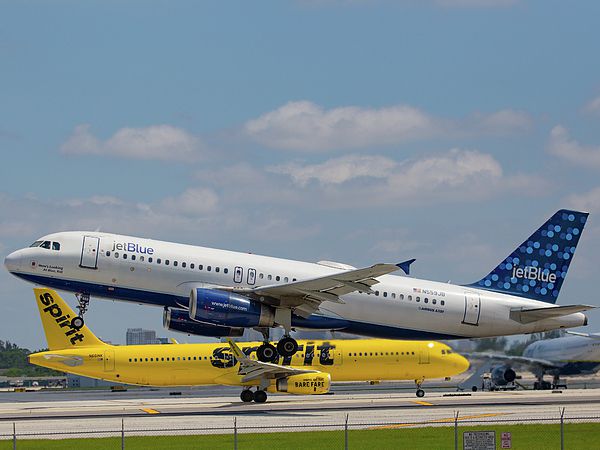 JetBlue has launched a competing bid against Frontier Airlines to buy Spirit Airlines. JetBlue is offering Spirit shareholders about 40 percent more for than the current value of Frontier’s bid. The total value of the JetBlue offer is about $3.6 billion. Frontier’s cash and stock bid was worth about $2.9 billion when it was made more than a month ago but its shares have since dropped in value. JetBlue is offering $33 a share in cash.

JetBlue and Spirit are both most active on the East Coast, including Florida, so a merging of their schedules would result in a lot of overlap. Frontier has more flights in the West. Also, JetBlue operates differently than both Frontier and Spirit, which are ultra-low-cost carriers and charge extra fees for everything beyond the seat and seatbelt. It’s not clear when or how a winner will be declared but for now Spirit shareholders are the biggest beneficiaries. Shares in Spirit rose 22 percent in value after The New York Times broke the story early Tuesday.