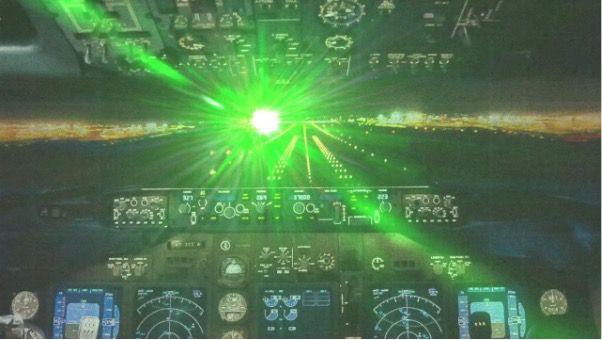 Incidents involving lasers illegally aimed at aircraft increased by 41 percent last year over 2020. Pilots reported a total of 9,723 laser incidents in 2021, according to an FAA report. Over and above the danger of temporary incapacitation that could result in an accident, pilots have reported 244 laser-related injuries since 2010 when the FAA began recording laser strikes.

The FAA can fine perpetrators of laser attacks on aircraft up to $11,000 per violation and as much as $30,800 in total for multiple incidents. Violators are also subject to criminal penalties—potentially involving jail time—from federal, state and local law enforcement agencies. The FAA issued fines for laser strikes totaling $120,000 last year.

There’s a link on the FAA website for the public to report laser strikes to the agency, as well as to state, county and local law enforcement. The FAA has also developed a visualization tool for identifying trends in illegal use of lasers. The platform shows laser-strike data starting with 2010 and running through 2021 to illustrate trends by geographic area, per capita data, time of day, and year. The FAA website also offers per-year data on laser strikes on its website.