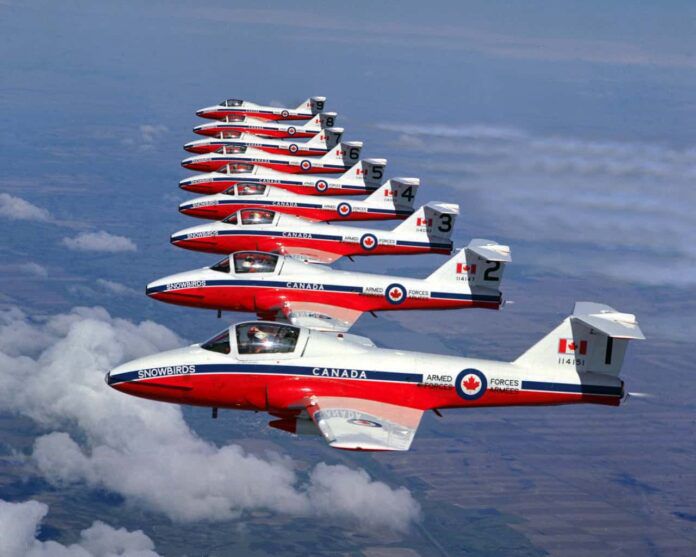 The Royal Canadian Air Force Snowbirds air demonstration team has been grounded indefinitely because of a runway accident in early August. The RCAF says it will “conduct a deliberate, detailed and broad risk analysis, with the aim of enabling the safe resumption of CT-114 flying operations.” No timeline has been offered to get the aircraft flying again. The team has 10 airshows booked for the balance of the season including three U.S. appearances at Huntington Beach, San Francisco and Santa Maria, California, in October.

On Aug. 2, one of 20 Tutors operated by the demo team was damaged when the pilot was forced to put the aircraft back on the ground just after taking off from an airport in Fort St. John in northern British Columbia. The pilot, who was not one of the show pilots, was not injured. The plane was not used in the team’s performance, and the 11 aircraft used for shows had already left for their next airshow. The RCAF has not released any circumstances surrounding the mishap and says it will announce the cause after the investigation is complete. Only the Snowbirds fly the Tutors, which served as the main flight training aircraft for the RCAF until 2000.