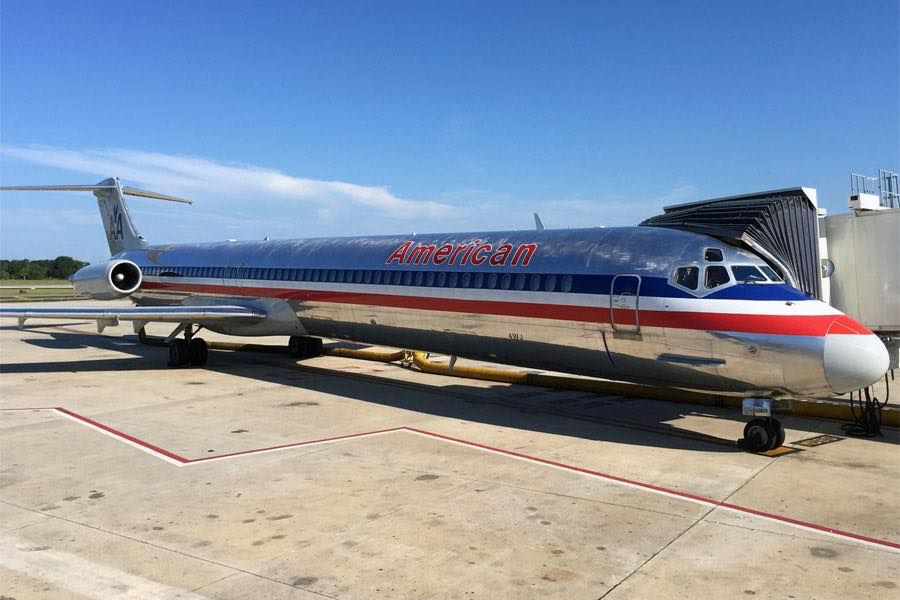 Time waits for no man, nor any airplane. So explains American Airlines’ retirement of last week of the long-running McDonnell Douglas MD-80-series aircraft, known to pilots and fans of the design as Mad Dog. (Passengers relegated to the last two rows between the mighty Pratts might say “Maybe Deaf.”)

The very last was American Flight 80, which landed in Chicago from Dallas-Fort Worth. Sometime after the passengers deplaned, the MD-80 was ferried to Roswell, New Mexico, where its bones will likely be picked to help other MD-series aircraft in use around the world remain viable. American is keeping one MD-80 around, though, but it’s destined to train ground crews on proper deicing procedures rather than ferry passengers from DFW to some small outlying airport.

American has replaced the MD-80 with a range of aircraft, including the Boeing 737-800 and Airbus A320, both of which carry more passengers, more fuel-efficiently than the Pratt & Whitney JT8D-powered MD-80.

Like the 737, the MD-80 traced its roots way, way back, to the Douglas DC-9 of the mid-1960s. Designed for use at fledgling secondary airports with minimal infrastructure, the DC-9’s low stance, airstair doors (including one in the tail) and fuselage-mounted Pratt & Whitney JT8Ds all helped it meet those goals.

If you’re sad to have missed American’s MD-80’s sendoff, don’t be. Delta still has a fleet of MD-88s in service.