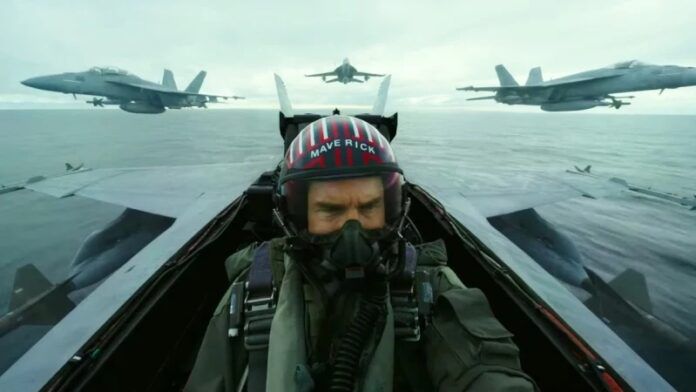 The long-awaited release of Tom Cruise’s “Top Gun: Maverick” will finally arrive in theaters on Friday (May 27), and the aviation world is champing at the bit. As a sidebar teaser to the release, Cruise teamed up with Late Late Show host James Corden for a legitimately funny and very well-filmed 15-minute video that opens on the ramp of Burbank Airport at 4:56 am. Cruise arrives in a HondaJet, then spirits Corden away to a desert airfield where the British talk show host reprises the role of “Goose” from the back seats of, first, Cruise’s P-51 Mustang and then an Aero L-39 Albatros jet. The air-to-air footage is top notch. Cruise does all the flying in the warbirds, while Corden does an admirable job of holding onto his lunch.

One thing the film is not, is computer-generated. All the characters who played pilots learned what it’s like to really fly—because Cruise insisted that they actually do so.