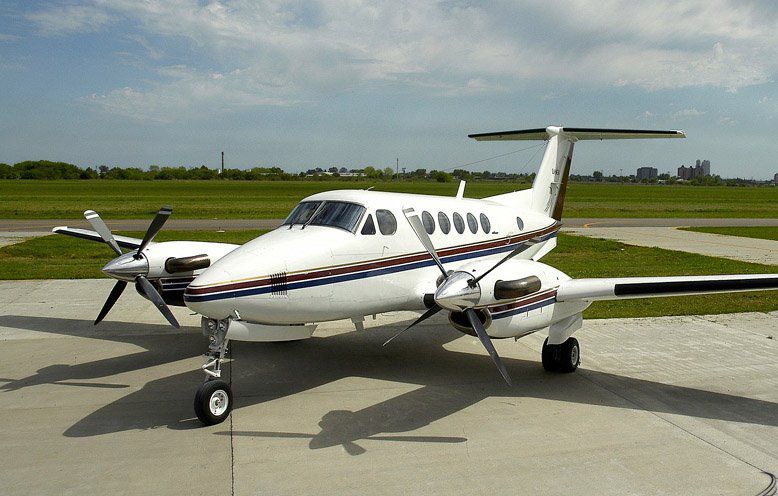 After a long certification process, BendixKing has earned STC (supplemental type certificate) approval for the AeroVue integrated flight deck on Beech King Air B200 models. The AeroVue integrated avionics suite trickles down from the Honeywell Primus Epic/Apex used in various business jet applications. According to BendixKing, the Beech King Air B200 is the first STC in a planned series of aircraft models. Worth mentioning is the Apex, which shares close resemblance to the AeroVue, has been front and center in the Pilatus PC-12NG single-engine turboprop.

The meat and potatoes of the AeroVue suite are the three high-resolution 12-inch LCD displays, which include a pilot and copilot PFD (primary flight display) and a center MFD (multifunction display), which display Honeywell’s SmartView synthetic vision software. This is an entirely digital flight deck, with primary flight data coming from dual ADAHRS (air data and heading reference system), plus a digital standby EFIS display for backup.

The AeroVue doesn’t work through a touchscreen interface, but instead with a pedestal-mounted cursor control device (CCD)—a common interface in business-category flight decks. There’s also a keypad for flight management system data entry, plus a wireless data interface for navigation data uploads, which is compatible with the Aspen Avionics Connected Panel Wi-Fi gateway. The system is fully ADS-B mandate compliant with dual Mode S transponders.

For King Air B200 owners looking to shave some weight from the airframe, the AeroVue system weighs 125 pound less than the typical vintage Collins avionics found in many existing KingAirs. The AeroVue was designed to interface with some legacy BendixKing safety systems, including TCAS/TAS traffic alerting systems, weather radars and EGPWS terrain alerting systems.

BendixKing is setting up a network of authorized AeroVue installation centers, and the system pricing after installation will be competitive with other retrofit integrated avionics suites. Garmin has enjoyed sizable success with the sub-$500,000 G1000 (and now the G1000 NXi) avionics in King Air models, and Rockwell Collins has the touchscreen Pro Line Fusion suite for the King Air.

For more on the BendixKing AeroVue, visit www.bendixking.com and look for a future video flight trial of the system here at AVweb, plus a full report in sister publication Aviation Consumer magazine.