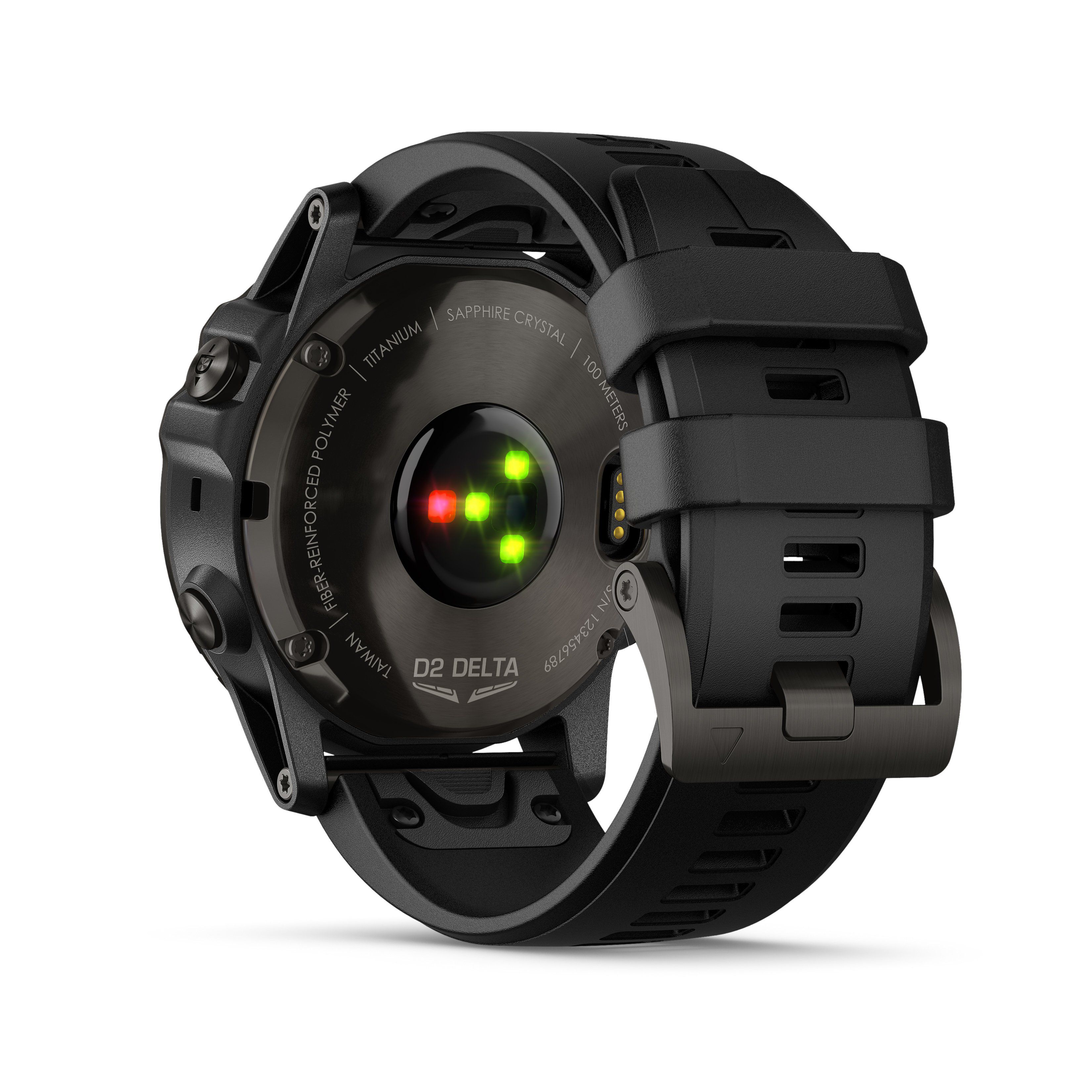 AirVenture might be the ultimate playground to introduce new pilot gadgets and that’s just what Garmin did this year with its GPS-enabled D2 Delta series pilot smartwatches. Garmin’s latest generation aviation watches include three models: the $1249 D2 Delta PX, which has a wrist-based pulse oximeter; the $899 D2 Delta S (with a lighter and smaller profile for smaller wrists); and the $949 D2 Delta, which has a silver titanium bezel and a brown leather strap.

All of the watches connect to the Garmin Pilot app, the GTN750/650 panel navigator and the latest G1000 NXi for flight plan transfer when equipped with the Flight Stream 510 wireless cockpit hub. The watches have integral music storage for 500 songs, which can be wirelessly streamed to Bluetooth headsets and audio panels. There’s also Garmin Pay, a built-in wireless payment system.

Garmin made it clear that the PX model, with its pulse oximeter function and 18 hours of battery life, isn’t a substitute for traditional pulse oximeter medical instruments, but can be used for trend monitoring and general awareness.

At the show Garmin also announced new STC certifications for its GFC500 and higher-end GFC600 autopilots. The Bonanza/Debonair (C33, E33, F33, G33), Cessna 210 and Grumman AA-5 series will soon be approved for the budget-based GFC 500 autopilot, while the Beechcraft Baron (58P, 58TC) and Cessna 208B will add to the list of approved applications for the GFC 600.

The GFC 600 and GFC 500 now have vertical navigation (VNAV) functionality, through a button on the autopilot mode controller for flying a fully coupled VNAV profile when the autopilot is paired with the GTN 650/750 touchscreen navigators and the G5, G500 TXi/G600 TXi or G500/G600 displays.

Garmin also announced that the G5 electronic flight display can be installed as a legal STC’d backup to the G500/G500 TXi flight displays. Previously, this interface required an FAA field approval. The technical interface is expanded, too. Any adjustments made to heading bugs, altitude select, airspeed bugs and baro settings are automatically synced from the G500 TXi or G500 displays to the G51. Flight director and autopilot mode annunciations from the GFC 500 can also be viewed across all displays, including on the G5. No, the G5 isn’t approved for backup in Cirrus models.

If you’re considering Garmin’s EIS engine instrumentation information system TXi display, the Garmin Pilot app can display the engine data via the Flight Stream wireless hub. The system has datalogging and is wirelessly uploaded to the flyGarmin website for playback and analysis.

See a product announcement summary in this video and visit www.garmin.com.