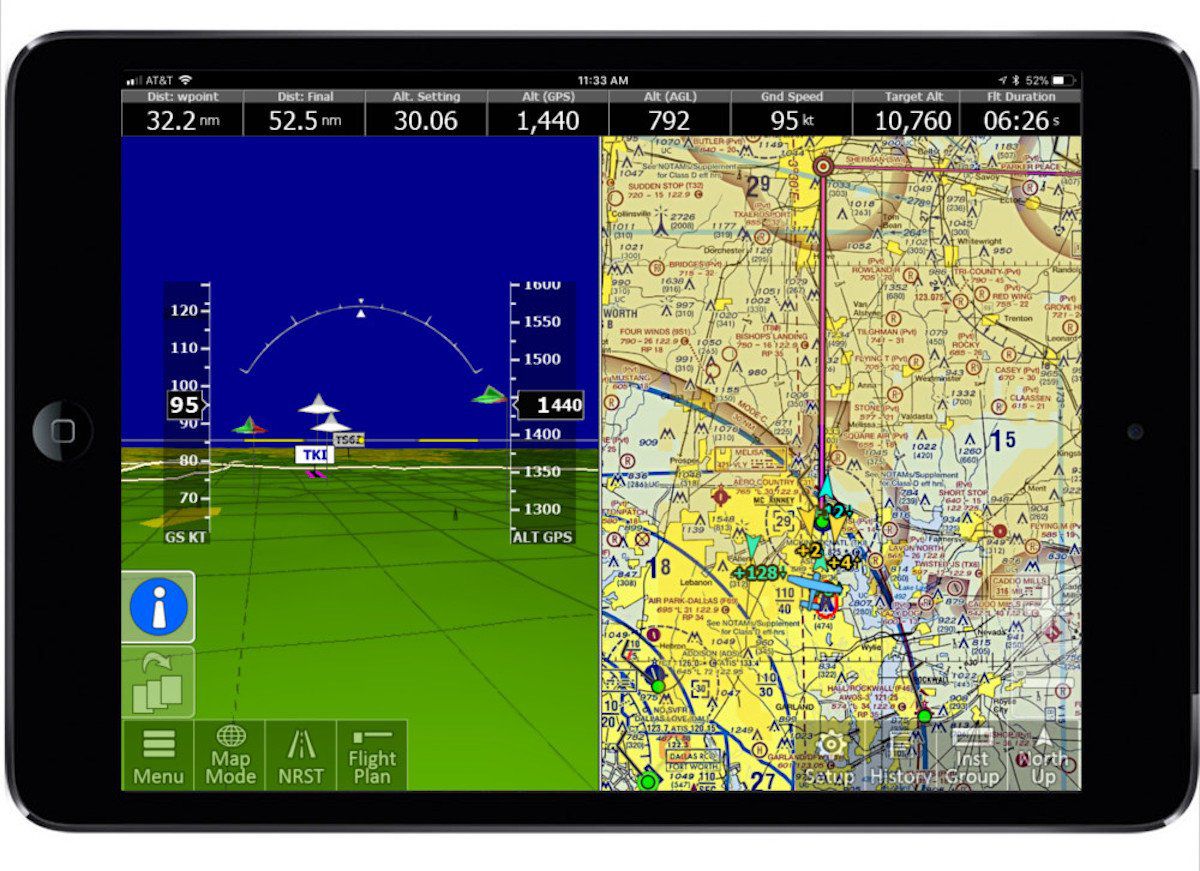 iFly GPS has added synthetic vision and a three-dimensional traffic alerter to its aviation app for Apple, Android and Windows. The tablet-based system is designed so “everything is just a couple of touches away,” according to sales manager Brian Rutherford.

We caught up with Brian at Sun ‘nFun, and you can listen to our podcast interview here.

While the iFly GPS tablet app boasts the charting features, airport, en route and other information tools pilots expect, the upgrade allows users to also access 3-D terrain features, obstacles and airport environments relating directly to the sectional or IFR chart side of the screen. In addition, iFly GPS links via Bluetoothor Wi-Fi to ADS-B In, so it becomes a traffic alert as well. The next generation of iFly GPS will show N-number, speed, course and altitude of nearby traffic. A depiction of three-dimensional airspace structure is in the works.

“It’s a situational awareness tool,” said Rutherford. “And we’ve made it easy to use in a busy cockpit environment. As we like to say, ‘Stop flying the GPS and start flying the airplane.'”

Price for all this capability comes in at $69.99 per year for the VFR version, and $109.99 for the VFR/IFR product. You can learn more at www.iFlyGPS.com.