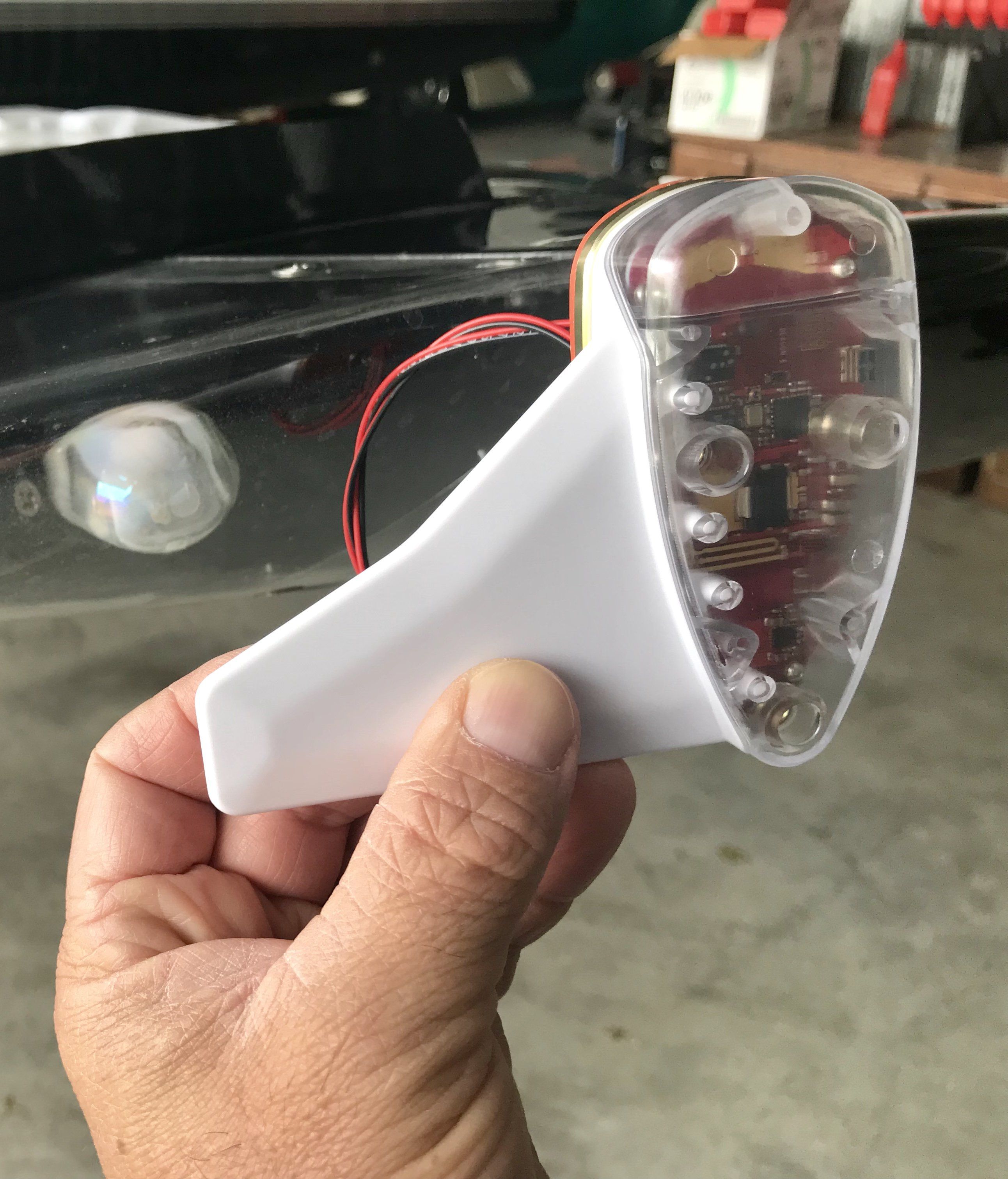 It seemed like a bold design—and it was—when uAvionix first showed its wingtip-mounted ADS-B Out device at Sun ‘n Fun a couple of years ago. As the lagging market scrambles to pick up the pace to meet the FAA’s 2020 equipage mandate, the company’s announcement that it will begin shipping the skyBeacon product as early as this week is a significant one. Priced at $1849, the device is perhaps the easiest to install of any mandate-compliant solution we’ve seen to date. In many cases the device, which has a built-in LED navigation light (and can also be wired in as an LED strobe light), can be mounted in the position of the old incandescent lamp in around 10 minutes, while using the existing nav light wiring. There are three screws and three wires to connect. After configuring the system with a smartphone app, uAvionix says many installs can be fully accomplished in less than one hour.

The current AML includes models from American Champion, Aviat, Beechcraft, Cessna, Piper, Maule, Mooney and other common aircraft. The full list is published on the uAvionix website. The device is designed to work with any Mode C or Mode S transponder. But don’t plan to install the system yourself unless the aircraft is an experimental or LSA. For certified applications, the install has to be signed off by an FAA repair station or an IA.