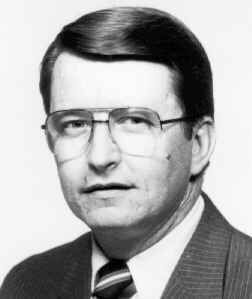 Anthony J. Broderick was named Associate Administrator forRegulation and Certification of the Federal Aviation Administration in July1988, after 17 years of government service.

Broderick, who is a private pilot, joined the government in 1971 as a physicist at the Department of Transportation’s Transportation Systems Center in Cambridge, Massachusetts, where he was an internationally recognized expert on the complex problems of upper atmospheric ozone reduction. He moved to the FAA in 1976 as Chief of the High Altitude Pollution Program Staff in the Office of Environment and Energy. He came to the government from private industry where he was a project manager for optical and electro-optical systems development for seven years.

He has received the Arthur S. Fleming Award (1979) as one of the ten outstanding young men and women in the Federal Service; been awarded by the President the Senior Executive Service ranks of both Meritorious Executive (1982) and Distinguished Executive (1991); and been awarded nine Senior Executive Service Performance Awards, the FAA Superior Achievement Award (1988), and the Secretary’s Award for Meritorious Achievement (1989). He was presented a 1992 Aviation Week & Space Technology Aerospace Laurel for Government leadership in assuring strong FAA safety oversight of foreign airlines operating into the U.S.

Broderick is a 1964 graduate of St. Bonaventure University with a Bachelor ofScience Degree in Physics. He is married, with two children. He and his familylive in Warrenton, Virginia.