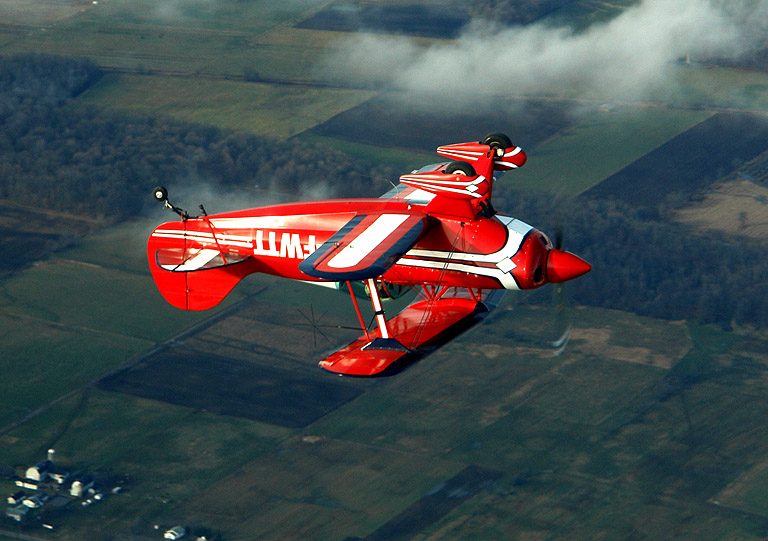 “May you live in interesting times.” The purported Chinese curse is a most suitable understatement for what we inhabitants of this fragile blue marble have been experiencing as the year 2020 grinds on. Here in the pilot’s lounge at the virtual airport the regulars have been staying in touch electronically and flying little. COVID-19 has meant no flying at all for some renters—although that is starting to change—pay cuts and/or layoffs for several of the professional pilots, uncertainty for those who have been working hard on ratings with the goal of a career in the sky, and sorrow as we have lost one regular to the malevolent virus.

Several of my friends in the lounge have been annual denizens at the big aviation events—Sun ‘n Fun, AirVenture, AOPA Fly Ins, the Reno Air Races. I’ve watched them go from hope that they’ll be able to make their annual pilgrimage, to uncertainty and finally, to some degree of disappointment and acceptance as one after another is canceled. From most I hear that they have shifted gears and are already making plans to go next year. They are rolling with the punches.

“I’ll Do It Sometime”

But I am hearing increasingly from the procrastinators. The ones who never went to Oshkosh, although they had talked of going for years, and from those I’d often invited for a weekend of flying on floats or skis but they always said that they’d go next year, and from those who had repeatedly spoken of a desire to learn aerobatics, or fly tailwheel or become a volunteer pilot or get their instrument rating or just learn to fly—but never pulled the trigger. I am hearing them blasting themselves for not acting on their dreams and wondering why in the world they find themselves forever sitting on the sidelines. They had always had an excuse—something else was more pressing, there wasn’t time, it’s just a little too expensive—and now they were realizing that they really may have blown it—they may never roll a Citabria or touch down on that remote, silent lake in a seaplane. They are watching aviation organizations struggle or go out of business and they have the very real fear that because they procrastinated, they will someday be sitting in the long-term care home angrily regretting the aviation adventures they didn’t have and the memories they didn’t make.

Maybe it’s time to explore a hard truth about general aviation—there isn’t always a chance to do it next year.

Motivated by the Fear of Missing Something

One of the ways I’m getting through the staying isolated COVID-19 fight is to look at my logbook and call up memories of flights that were exciting adventures—a first solo in a hot air balloon, flying warbirds, doing aerobatics in a glider. As I look and remember, I am instantly grateful that my late Aunt Beryl seemed motivated by a fear of missing something—and that she passed that on to me from my many talks with her. She seemingly did everything cool. She learned to fly in President Franklin Roosevelt’s Civilian Pilot Training Program (CPTP) before World War II. She loved flying and kept on until she couldn’t get the Piper J-3’s stick back to flare when she was pregnant with her son. After her husband died in the War, she quit flying, but she made sure her son learned how, and once he was an adult she embarked on an adventurous life of travel and teaching in foreign lands.

She was one of many in my family that encouraged me when I wanted to learn to fly. I can’t help but wonder if it was Beryl’s sense of grabbing adventure the moment it appeared that caused me to first reach out beyond the world of straight and level flight in a single-engine land airplane. I can remember her telling me that she was glad that she had signed up for CPTP flight training as soon as she heard about it because the part of the program that included women only existed for a brief time. It turned out to be the only time that the U.S. government paid for women to take primary flight training until women were finally allowed to become military pilots in the 1970s (the WASPs of WWII had to be experienced pilots before they could enter that program). Beryl saw the door open and hurtled through it before it clanged shut for decades.

From Beryl and two other aunts, Marvel and Gladys, who had weathered poverty during the Great Depression, it was ingrained in me that opportunities were fleeting—if I didn’t act, I may not have a second chance for years, if at all.

It proved to be painfully true in aviation. The little FBO where I learned to fly had a Piper J-3 for rent. I was determined to fly tailwheel airplanes, so I soloed it after I soloed a Cessna 150 and used it for one of my student cross country flights. Not long after I got my private ticket, the airplane was sold and there were no other tailwheel airplanes available for rent in the area for some time. Early in my senior year of high school, the local Cessna dealer put a 150 Aerobat on the flight line and offered aerobatic instruction. I called immediately, took lessons as frequently as I could afford them, finished the checkout and rented the airplane over the next few months—until it was destroyed in a crash.

Such experiences seared themselves into my consciousness. When a local operator decided to put two Citabrias and a Maule on the rental line, I checked out as soon as I could and flew and instructed in them, happily—until one of the Citabrias was wrecked and the operator realized that he was losing money, so he sold the remaining airplanes.

I could not afford to rent what was generally available for a multi-engine rating—Cessna 310s—but a multi-engine CFI friend was flying night freight in Beech 18s. It was OK with his company if he took someone along. Strangely, nobody seemed to want to go. I went as often as I could, so my first hours of multi-engine dual were in a Beech 18. Naturally, after a short period of time the company decided that letting folks ride along wasn’t the brightest idea and banned the practice. Later, when I was where there was a multi-engine airplane I could afford to rent, a Piper Apache, the experience that I’d gained meant it took a very short time to get the rating—and I could afford it.

Twice, local FBOs rented six-place singles, a practice almost unheard of now. It meant that I could afford to go to Oshkosh those years because splitting the rental cost six ways made it cheaper per person that renting and splitting the cost of a slower, four-place airplane.

During law school I was a member of a flying club. One of the club members leased his Luscombe to the club so it would have a tailwheel airplane. He put it on skis for two months one winter. I checked out without delay and have loved flying skis ever since. Taking advantage of that brief window led to some delightful winter flying adventures with good friends over many years.

Too many times I’ve watched a pilot get a chance to fly something very special, a warbird, jet, helicopter, antique airplane—and decide that she or he was too busy to do it right then. But when the pilot had time the opportunity was gone—the price had gone up so much that it was unaffordable, the aircraft had changed hands, had been wrecked, couldn’t get insurance …

Grab Life with Both Hands

There are absolutely wonderful things in general aviation—which is why we learned to fly in the first place. The experiences we’ve had, the things we’ve seen, the aircraft we’ve flown and the people we’ve met have enriched our lives.

There’s more to do out there, more adventures to have, more memories to create. However, in my experience, the opportunities are too often cruelly time limited. You’ve wanted to fly a hot air balloon, go skydiving, soaring, fly a warbird, learn aerobatics, be a volunteer pilot for a public benefit flying organization, see the Reno Air Races, get a seaplane rating … dozens of things. COVID-19 isn’t going to last forever. You’re going to get another chance.

This time grab it.

Rick Durden is a CFI-I, holds an ATP with Douglas DC-3 and Cessna Citation type ratings and is the author of The Thinking Pilot’s Flight Manual or, How to Survive Flying Little Airplanes and Have a Ball Doing It, Vols. 1 & 2. Volume 3 will be out soon.