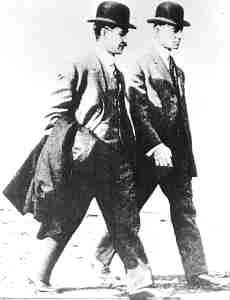 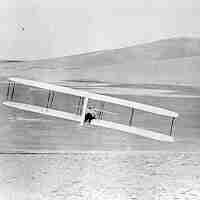 The four hills of Kill Devilare dunes near the village of Kitty Hawk, on that long thin spitof yellow sand known as the Outer Banks of North Carolina, separatingthe Albermarle Sound and the Atlantic Ocean. No airman can visitthis hallowed ground without feeling a shiver, a choke, and atear while contemplating what happened here on December 17, 1903. 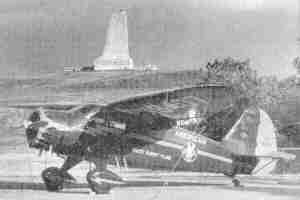 There is much here that every aviator must see and savor. TheWright Memorial Shaft, a graceful and majestic 60-foot gray granitemonument in the form of a triangular pylon, crowns the 90-footdune known as Big Kill Devil Hill, the site of more than a thousandglider flights by the Wrights that preceded the first poweredflight.

The Visitors Center is a compact but most impressive museumthat houses a full-sized reproduction of the 1903 Wright Flyeras well as their 1902 manned glider. Display cases house numerousWright artifacts, including parts from the original Wright 12-hppowerplant. The First Flight Shrine in the Visitors Center featureswalls lined with large portraits of dozens of aviation pioneersranging from Orville and Wilbur to Alan Shepard and Neil Armstrong.Every year on December 17th at 10:35 am, the First Flight Societyholds a ceremony in the Shrine to commemorate the first poweredflight, during which portraits of new honorees are unveiled. 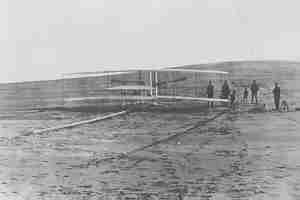 A short distance from theVisitors Center, a large granite boulder and a wooden launchingrail mark the spot where the first four powered flights left theground on December 17, 1903. Four numbered markers indicate thedistance of each of the four flights. The first flight (with Orvilleat the controls) was airborne for 120 feet; the fourth (pilotedby Wilbur) traversed an impressive 852 feet in 59 seconds. The1903 Flyer would never fly again — after the fourth flight, itwas caught by a gust of wind, rolled over, and was damaged beyondpractical repair.

Near to the launch site are two reconstructed 1903 camp buildings.One duplicates the one used by the Wright brothers as a hangarfor the Flyer, while the other replicates their workshop and livingquarters and is furnished with authentic items of the period,much like those the Wrights used. The buildings are a stark reminderof the harsh and primitive conditions in which the brothers livedand worked during their yearly trips to the Outer Banks.

First Flight Airstrip was added to the park in 1963. It is immediatelyadjacent to the Wright Memorial Shaft site atop Big Kill DevilHill, and a short walk from the Visitors Center, camp buildings,and launch site. It features a meticulously manicured 3,000′ x60′ paved runway 02-20 with clear approaches. Use right trafficfor runway 20. The runway is unlighted, and night operations are absolutely forbidden.

The strip comfortably accomodated my Cessna 310,and is a piece of cake for any single. But be alert for the possibility of stiff crosswinds, and associated low-level windshearcaused by the trees that line both sides of the airstrip. And sinceFFA can be quite busy, be sure to self-announce on CTAF 122.9.

A small parking apron is at the south end of the field, with firmgrass areas available for parking if the apron is full (as itoften is). No fuel or services are available, and parking is strictlylimited to 24 consecutive hours and a total of 48 hours in any30-day period. (Violators risk a nasty fine.) A public telephoneis available at the parking apron if you need to call for a taxi,rental car, or hotel…all of which are available nearby. 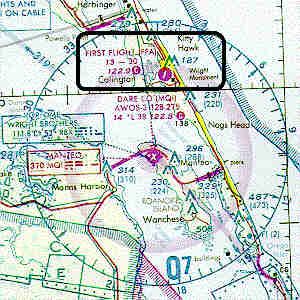 The Outer Banks are separated from the mainland by the Albermarle,Croatan, and Pamlico Sounds. These are blanketed with a thicketof large Restricted Areas and MOAs used by the Air Force and Navyas training areas. Careful chart reading and preflight planningare required to avoid any incursion into these areas. WashingtonCenter on 124.725 MHz can tell you if any of the areas are "cold"as they sometimes are on weekends.

If time permits, it wouldbe a shame to visit FFA or MQI without making a sightseeing flightsouth along the Outer Banks and stopping at some of the otherairports. Billy Mitchell Airport at Cape Hatteras is about 40miles south of MQI, and features spectacular views and historiclighthouses. 20 more miles to the southwest is picturesque OcracokeIsland. Both Mitchell and Ocracoke have 3,000′ paved runways. 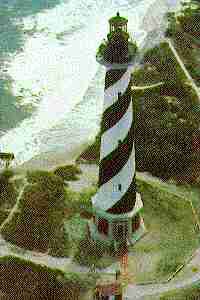 Proceed yet another 40 miles southwest to the southern terminusof the Outer Banks and land at Beaufort/Morehead City Airport.Within walking distance is Beaufort NC, a lovely little seaporttown of lovely homes, quaint shops, the North Carolina MaratimeMuseum, and the historic Cape Lookout lighthouse. Beaufort alsorewards the fly-in visitor with a truly exceptional restaurantthat has a most unlikely name: The Beaufort Grocery Company. Be sure to call for reservations at (919) 728-3899.

Late each September, the North Carolina Department of Transportationsponsors a wonderful "Carolina Coastal Air Tour" whichtakes a large convoy of airplanes from Manteo, NC, to Wilmington,SC, with numerous scenic stops in between. For specific datesand details, call the NCDOT Division of Aviation at (919) 840-0112.