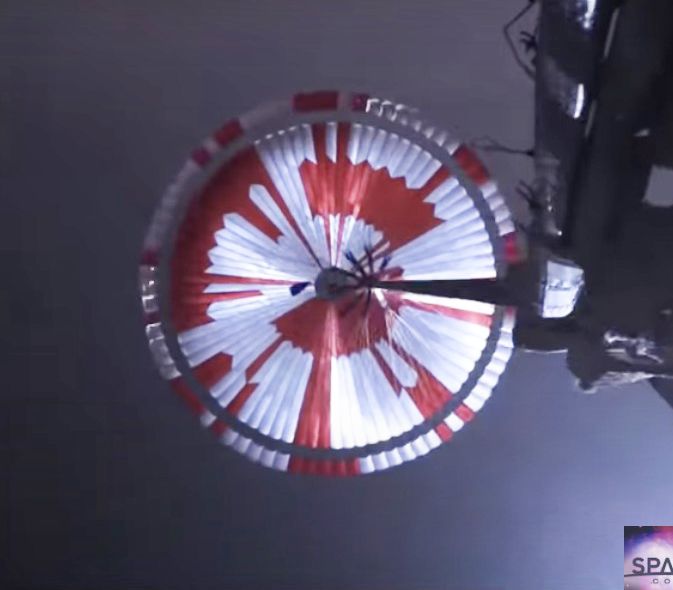 VERY cool to find these “insider” things. I’ve been lucky enough to meet and speak with several astronauts and talk with them in enough depth to see not only how focused they are, but several “insider” personal anecdotes.

We lionize our heroes and ascribe superhuman attributes to them, but when they show their human side, they become even more believable and give us hope that we too might be capable of doing great things–but isn’t that an almost-universal attribute of all great people?

While “Dare Mighty Things” may be JPL’s ethos, I think it is worth reminding the more modern audience that the person who first penned those words was referring of course to life in general, and to his conception as to how it should be lived.

Considering his life as a rancher, hunter, explorer, author, soldier, and politician he certainly practiced what he preached….among other things he remains the only person to have been the recipient of the Medal of Honor [as was one of his sons] and the Nobel Peace Prize.

I strongly suspect that Mr. [Theodore] Roosevelt would have been extremely impressed, but not surprised, by this latest achievement of American technology. Bully.

A good article and well researched. I had to replace the old Narco 121.5 ELT in my airplane a few years ago because I accidentally dropped it on the hangar floor while removing it for a “bump” test. Even though the case suffered no visible damage, the innards apparently were not as durable. At the time, you could still purchase a 121 unit, but I chose to get a 406 unit with GPS input from an external source. In retrospect, I probably should have gotten one with internal GPS capability, but the price would have almost doubled. One thing I like about the 406 units is that they have the test/activation switch mounted on the instrument panel. While that may contribute to the high false alarm rate, from busy-fingered pilots or curious passengers, it does give you a chance to activate the beacon if you know you are in trouble. Like declaring a mayday, just push the button and explain later. Better to have the beacon already on than to rely on the G-switch to work, or not.

I also purchased a PLB, based on the ratings from Aviation Consumer (thanks guys). I registered both, and provide updates whenever NOAA sends out a reminder to do so. When not flying, I have started carrying the PLB in my car on trips. Having read of several accidents where the driver ran off the road into a place not visible from the highway, and then endured a couple days of being trapped, I figured it might save me someday. One thing about the PLB that is frustrating is that, when the battery expires, the manufacturer actually recommends replacing the unit rather than just buying a new battery. According to my conversation with them, they insist that you return the unit to them for battery replacement and unit testing – a cost nearly the same as a whole new unit – which then requires another registration.

Bottom line, I only carry the ELT because the FAA says I have to. Being ADS-B compliant, I see no reason why that could not replace the unreliable ELTs and save consumers the cost of new units and their expensive batteries.